on March 23, 2015
Ok, it's been a week after Monster Mania 30. I've written up two entries already on my experiences at the show. I did have a fun time at the show, but I wanted to share my final thoughts on the show. Some good, some bad.

Ok...let's just get this over with. I don't like posting negativity on this blog, despite my sarcasm at times. I hate negativity in blogging, I think it's a rather unnecessary aspect. But, sadly, you have to take the bad with the good. So let's knock that out first, shall we? 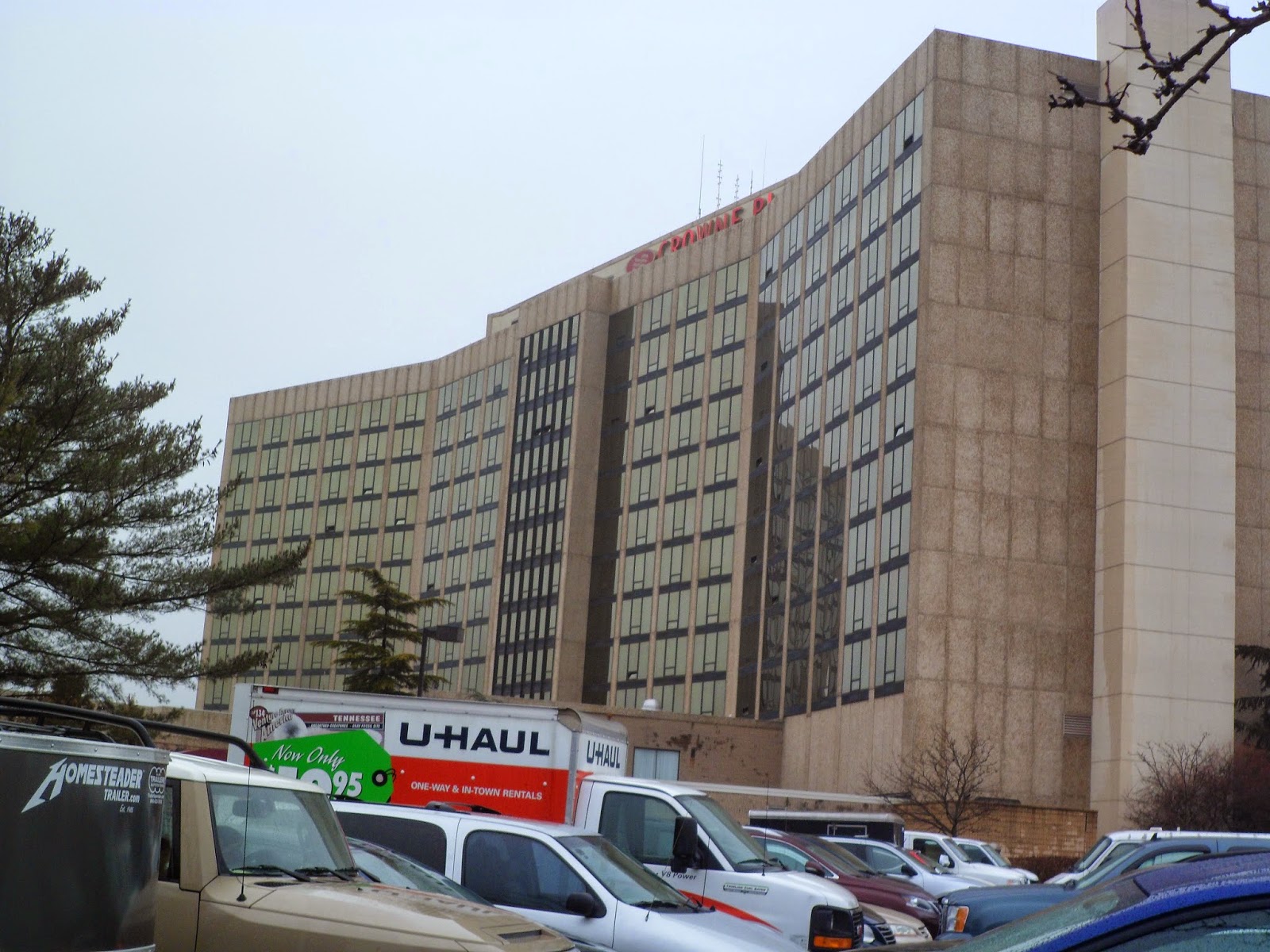 The Crowne Plaza is truly a beautiful hotel. Most fans, including myself, have so many fond memories at the hotel. Whether its sharing the elevator with their favorite celebrity, sharing laughs in the bar, or just taking selfies in the hallways while drunk off their butts. And that's all good. But quite frankly despite going through renovations, the hotel just doesn't have the space for fans to truly enjoy themselves on an intimate level. Growth for a convention is ALWAYS a good thing, despite what some people may complain. But you still need  to have sufficient space to enjoy the show. Now thois show isn't as bad as Walker Stalker or Chiller, where the Fire Marshall has had to come in and cap attendance or even clear people out. But it's still just so small for the show. The vendors rooms hardly give enough room to stroll through. Fans sandwiched between tables and pressed against tables isn't really too pleasant. It really isn't. But, at the same time, I get to support my favorite vendors!


Oh man, here's the big one. Betsy Russell, who I was really looking forward to was charging $40 for a photo op. 40. DOLLARS. Yup. You read right. Now, this convention is a business of course, but for someone with Betsy's resume, asking $40 is way beyond ridiculous. While the argument of "well, if it sells, it's worth it". Well, crack sells too. But is that worth it? Look at someone like PJ Soles who has starred in Rock N Roll High School, Carrie, Halloween, and Stripes! How much does she charge? $20. For an autograph and photo op. Yes. Compare that to Betsy Russell who is known for being in Private School, Avenging Angel, Cheerleader Camp and a few Saw movies. How many of those movies do you recognize? Come on! In my opinion, a star's price should reflect their body of work. And while she's still very attractive, Betsy's body of work is about as impressive as "WWF Superstar" Virgil's. Crap like this has been happening for years upon years and it's getting ridiculous. It is what it is though. As long as people still pay, it'll just go up. But it seems that people like PJ Soles, Sid Haig and a handful of others will seem to continue to stay firm on their low price while flash in the pans like Allanna Masterson from the Walking Dead will charge a $10 "meet and greet" fee as she did at HorrorHound Weekend. I have serious doubts that'll happen at this show, but the way it's going, conventions are in trouble as a whole. 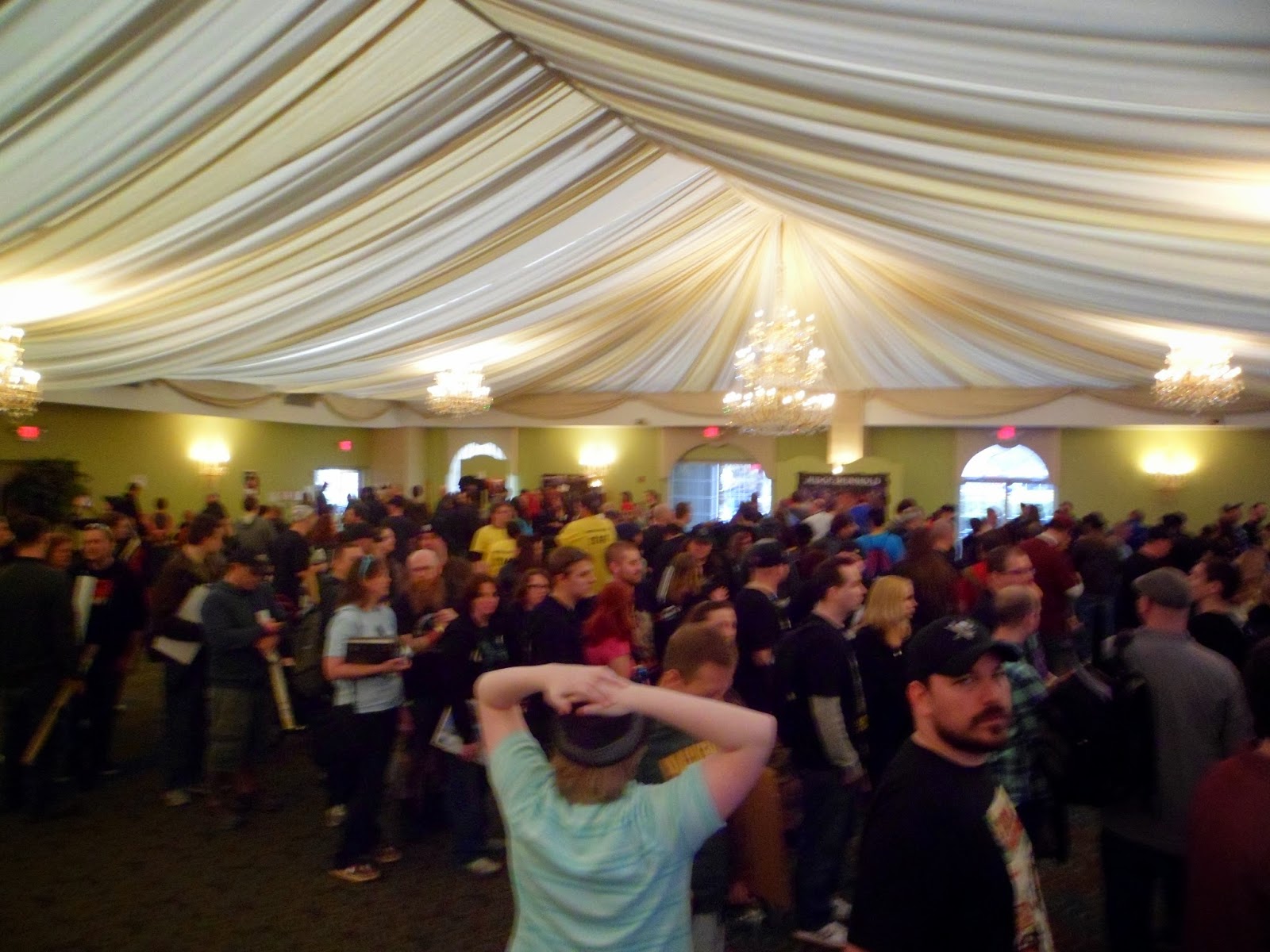 Lines suck no matter where you go. That's unavoidable, I understand. But that doesn't mean I wasn't gonna include this. 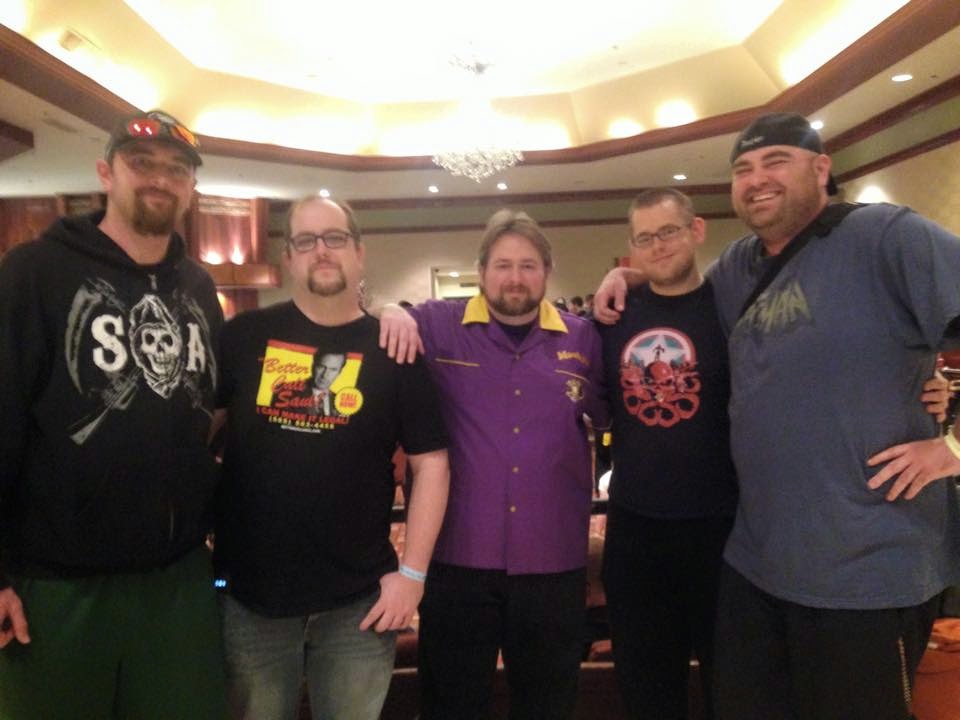 Arguably the more enjoyable part of the entire experience. As I've mentioned before, I've made so many great friends, including my girlfriend Laurie, at this show. Quite frankly, I had more fun spending time and chatting and sharing some laughs with my buddies. Those are the most fond memories I always walk away with. Whether it's a chat over who's hotter: Batgirl or Wonder Woman or a laugh over how terrible Miami Connection is or a discussion about why Lazarus Effect sucked, I know I can have a good time with my friends. While prices go up, the opportunity to sit and laugh and share a can of Surge with your boys, is something priceless. 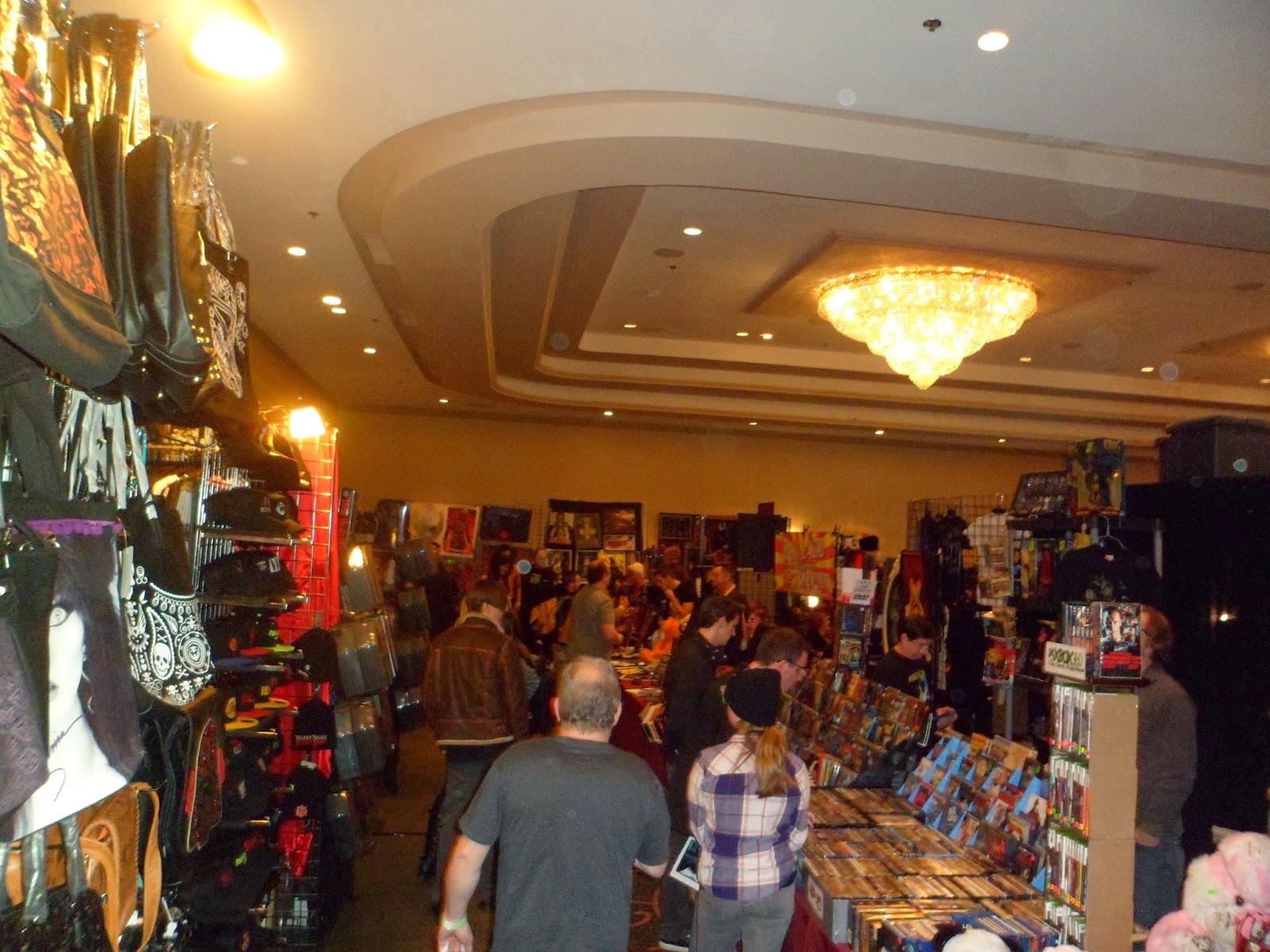 The best part of the convention itself, despite my comment about it being a squished walkthrough. Spanning THREE rooms in the hotel!

Ok, the Q&A's are fun sometimes, it's nice to chill out and watch a movie, but the vendors room is where it's at. I've made so many great friends and connections through the vendors I've met and gotten to know over the years. VHSPS, Little Punk People, Quiltface Studios, Fright Rags, London 1888. The list goes on. Great people, great talents, great one of a kind items lovingly done by these great artists. But, you need to make sure to act fast. If you turn around, you may have missed out on that once in a lifetime item! Speaking of which, I need a viewing of Silent Night Deadly Night 5. Thanks VHSPS!


The convention aspect is DEAD. Plain and simple. Guests are no longer a huge part of why I go. I'd rather spend some cash on a pizza with friends and watch Happy Gilmore and of course the expanding vendors room with great talent. That's what appeals to me. Monster Mania was always a "party show" but I feel like I've heard more people talk about getting drunk or partying than how much fun they had at the show itself. Monster Mania is no longer a show that stands out as a huge priority, it's just another show. Still getting great guests and fun reunion shows, don't get me wrong, but it's no longer a huge deal to me as it was 5 years ago. That's not an insult, it's just an observation and one man's opinion. In no way is this how everyone sees the show. In fact, if you're looking for a show to make your convention debut, this a very good show to go to. Or if you're looking for a weekend horror getaway, this is a pretty good option too. But personally, it's just a little stale to me. Been there, done that.