Showing posts from October, 2020
Show all

Feel The Power of HAUNTED HELLGLOW!!!!!! 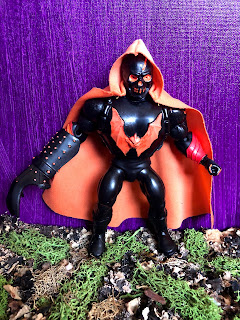 A few months ago I became so frustrated after a deal went sour over a very rare Masters of the Universe figure. It was SCAREGLOW, perhaps the rarest single carded figure in the original line. This little old lady had him listed for $35 which I immediately jumped on and set up a meeting place and time. However she quickly became inundated with offers and told me she received a whopping offer of $400 for the toy and couldn't turn it down. Part of me understood since she was just trying to make some extra cash and then part of me was so bitter that she went back on her word. In the end, much like AC/DC said, Money Talks... What's that phrase? "Necessity is the mother of invention"? So I started thinking to myself "Chad, old bean, you like customizing. Find a Scareglow head and make him yourself.". See, I'm not just good looks, dear friend, I sometimes have a good idea. Of course! Why drop 300 on a figure when I can just get a friend to mold me the head and
The Party Continues...
More posts