Showing posts from January, 2014
Show all

The Real Ghostbusters line was a thing of beauty. I mean, sure, it wasn't 100% accurate of the actors we saw on screen, but at that point, little care did we. In fact, I think we had gotten accurate movie versions, the charm wouldn't have been the same. Maybe I'm in the minority here, but I feel like the cartoon became a bigger hit with kids than the movie did. And why not? Monsters, mayhem, humor, and Egon. So when it was time to get toys, we got 'em alright! And they were amazing. Most boys in my age group and social circle had at least 1 of the Ghostbusters and one wacky looking ghost as well as a vehicle of some sort. And if you were real lucky, you had the Ecto-1 and the Firehouse. Now, I had a second hand Firehouse, but I still had it. Eventually Real Ghostbusters went beyond the call of duty and presented more stuff from the supernatural world. Possessed humans and crazy looking monsters spawned from the most demented minds at Kenner. Eventually, the line decided
The Party Continues... You know what time it is...It's time for the Rumble...The ROYAL RUMMMMMBLLLLEEEE! Ok, Vince McMahon I'm not. Clearly. But, if you're a wrestling fan, January means one thing and one thing only: The Royal Rumble. Which, for those who aren't into wrestling, is a match where 30 men enter the ring and have to throw each other out for a chance to headline Wrestlemania. It's that simple. You get thrown out and both feet touch the floor, then it's thanks for coming, try again next year. Or in other words, a 60 minute game of "Hot Lava" while grown men touch each other. And as weird as it sounds, fans look forward to it. Every year since 1988, it's been a big lead in to Wrestlemania and definitely gets fans pumped. Whether WWF/WWE was hot at the time or not, you can usually rely on Royal Rumble to make you excited to watch the product. And with a tagline like "No friends. All Enemies. Every Man For Himself" you know something is gonna go do
The Party Continues... 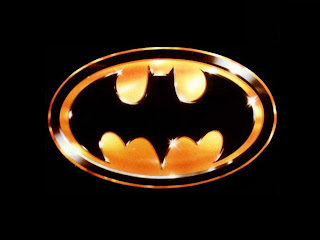 The year was 1989 and the Tim Burton's amazing Batman movie was sweeping the entire nation. Heck, not just the nation, but the world. Fans everywhere were clamoring for a brand new Batman after 20 years of "Biff!", "Zammo!", and "Pop!" and Adam West dancing around like a fool. By the time Tim Burton got his creepy hands on Batman, the game changed. No longer was it a campy affair. No. This was some real serious stuff. Batman was finally being taken seriously all over again. It changed everything about the way we look at superhero movies. Without Batman 89, we wouldn't have the slew of DC and Marvel movies we do now. Although, DC still needs to get their butt in gear and kick off that Alexander Knox spinoff,(although, maybe he did move on from being a news reporter to becoming a Sports Agent?) I'll forgive them enough to consider Batman 89 my all time favorite movie and consider Michael Keaton the best Batman ever. In the process of it chan
The Party Continues... 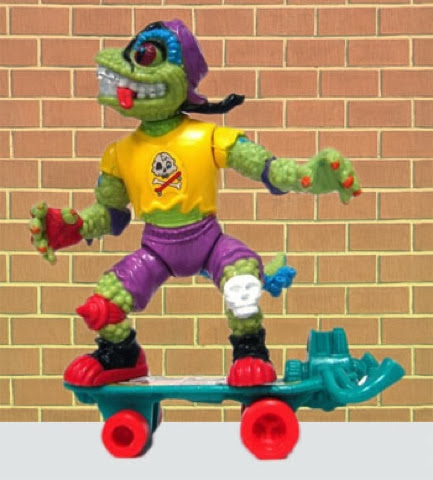 At the height of the Ninja Turtle craze, Playmates was banging out some awesome figures. Most of which we remember fondly, some not as much. But today, I present to you a figure we all remember: MONDO GECKO The First Mondo Gecko circa 1990 As with most of the toy line, the figure itself was pretty outrageous. Playmates touted the fact that they could make unusual creations out of plastic and coat it in neon and Mondo Gecko may be one of their best offerings. Between his "move aside, I'm a rebel" look, rad street gear and gnarly skateboard, his presentation made every 7 year old boy beg their parents for just one more figure and it sure as heck wasn't gonna be Fugitoid. No. This was one figure we all NEEDED. Mondo Gecko seemed to be an ally of the Turtles, and while my knowledge of his appearance of his appearance in the cartoon is fuzzy, I'd imagine he sounded like a stereotypical 80s/early 90s radical party dude/surfer who was always repeating stuff
The Party Continues...
More posts