The Slimer Slurpee and More!

on May 13, 2019
Something very spooky and very green hit our friends up north. Something I simply had to investigate! I got the call, I packed up my group, got a grip, came equipped grabbed my proton pack off my back and I split! 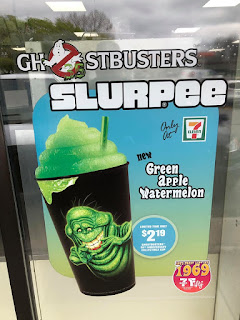 Yup. Our friends at 7-11 Canada got the nod from Sony to offer some sweet goodies that weren't available down here in the States. I don't exactly understand why Canada was chosen for such an amazing promotion but it was more than enough to get me out of the house and hop the border for it. Luckily I live just 2 hours away, so I'm practically losing nothing by driving up. The draw of an exclusive Slimer Slurpee and other fun items was just too much to turn down. 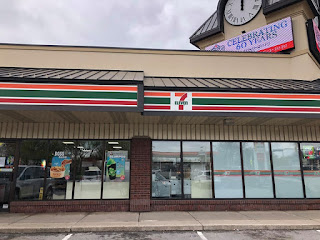 Well, here we are. I'm about to find out if this was worth the 2 hour drive or I'm just a psycho. I'm going to say both. The great thing about this particular 7-11 I hit was that the Slurpee machine was right next to the door, so as I pulled up in front, I could visibly see that my journey was going to pay off. I could feel victory right in my grasp. 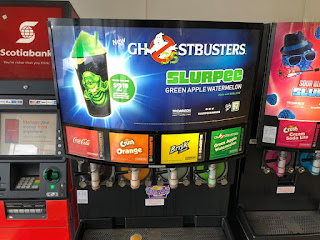 The reports I had heard was the promotion would consist of a 3 cup set, a Stay Puft Mug, and a Green Apple/Watermelon Slurpee. Let's start off our adventure with looking at the Slurpee. 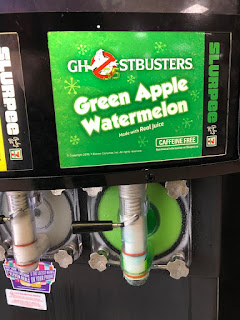 Now, without saying it, take a look at that dispenser and tell me you don't see "Slimer". Of course you do. It's a not so subtle yet clever choice! 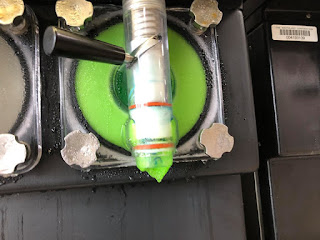 Oh and how green it is! I expected something bright but not this bright. It's almost like they trapped Slimer inside and turned him into an frozen treat. In fact I have no problem referring to this as a Slimer Slurpee. 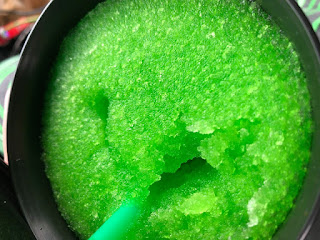 Confession: I was more turned off by the flavor itself when I first heard about it. Green apple and watermelon? Yikes. Not my personal choice. In fact, I'm sure like you, I thought an Ecto Cooler Slurpee would've been the natural choice for a summer treat. But, someone must have vetoed that and we ended up with this. No matter the flavor, I wasn't going to drive all this far and not try it. Bottoms up! 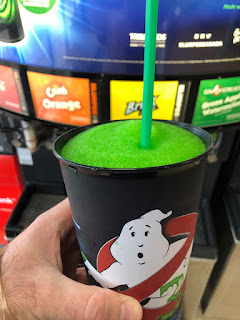 Despite me writing it off beforehand, it was actually very tasty! It was as if someone took two Starbursts, mixed it with Skittles and then froze them. I mean this thing is juicy and sweet. Maybe a bit too sweet for some, I mean I could imagine those who don't like an extreme amount of tartness in their desserts being turned off by this. It really provided a nice refreshing reward after my drive and a great alternate choice for a future visit! And as someone who usually only prefers orange flavored stuff, that's saying a lot. In fact, I wonder what would happen if I mixed this and a little Orange Crush...hmmm... 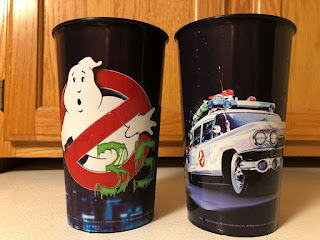 So the cups. As I said before, 3 Slurpee cups were offered but sadly only 2 were available. If you notice in my first photo, we were offered a Slimer cup but it was not meant to be for this. And barely that. The cups showed the "No Ghosts" logo, the Ecto 1 and Slimer. I should've expected Slimer to be gone by the time I got there but my excitement blinded me. I've experienced multiple promotions over the years and the most popular character is usually the first to sell out. And from what the clerks told me, they had been selling out of these pretty quickly to begin with, so the fact that I could get two was a miracle. The logo with a slimed out "35" is pretty great and the Ecto 1 image looks absolutely fantastic. These cups are also a little on the lighter side, unlike that Deadpool 2 cup we got last year, these are more along the lines of what we usually get. The quality is still there though, don't get me wrong! So while my need to have a complete set is as insane as ever, (and trust me, I will get that Slimer cup!) my optimistic side says it's just amazing to get them.

Side note: just to further the "polite Canadian" stereotype, one of the clerks actually called another store, I believe she said two miles down the road, to ask if they had more cups. They sadly didn't but the best part is I didn't even ask for her to call, she could see how excited for these and took it upon herself to save the day.


Now on to the main event. In my opinion, it's hard enough to top those cups but they called in the big daddy to do so... 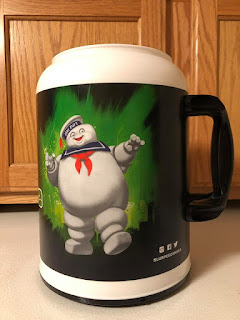 Holy cow that is a massive mug! 100 ounces of adorable marshmallow joy and terror! Indeed that is a very big gulp! The company has offered huge, massive travel mugs before but this is just insane. Of course, if you're gonna have Stay Puft on something, you kinda have to make it big. 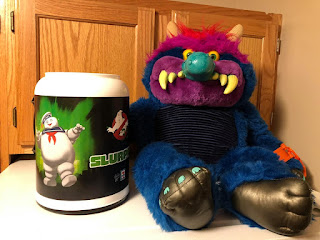 Just to show you how huge this is, I put My Pet Monster next to it and sure enough it looks more like something only a Monster can truly handle. I've been told to drink as much water as I can in a day, and if I'm starting off with this, I'm pretty sure I can meet my goal. Of course I'll be spending all day in the bathroom but I'll still get to my water consumption goal!


With the exception of missing out on a Slimer cup this trip was completely worth it! Even then, I can't complain about missing one cup when I was able to experience this amazing stuff that other fans may not be able to have access to. I love when an opportunity for a crazy summer adventure presents itself and this was just the beginning of what could be a very memorable and geeky summer. If you're within the vicinity of a Canadian 7-11, I highly suggest you make the trip. Especially since the company has announced that this promo will not be coming to the United States this year. Maybe next year when we get the next chapter of Ghostbusters? Hey, it could be possible! I'd be all for it! 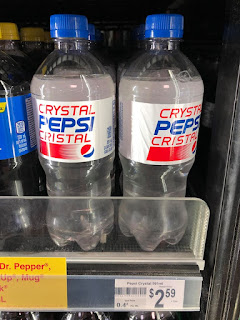 Crystal Pepsi is alive and well in Canada!!!