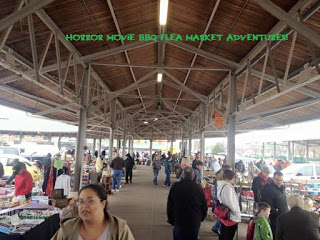 It's that time again. It's been way too long since I've hit the dusty trail known as the local flea market. And boy do I mean "dusty"...

(We should all just accept that I'm gonna use that outdated banner everytime I write these. Good? Good.) 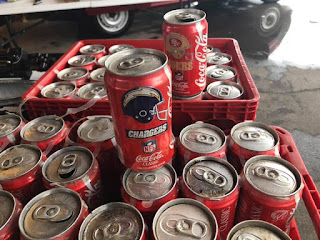 For those just tuning in, the first flea market of the year took place and I way too woke up early to be one of the first in line. Time to dig through those old boxes filled with old soda cans and used car parts in hopes to find gold. Thank goodness for a tetanus shot, because I swear these places have more rusted metal than a junkyard.

As we've gotten closer to the big opening day, I've gotten more and more excited for the hunt. Some days will be gold, some days will be nothing but a box of Desert Storm trading cards. That's the name of the game! Due to rather unfavorable weather, the place wasn't as filled with vendors. But hey, this is just a taste of what to expect, so it's not like I expected to find some vendor selling MOC G.I. Joe's for 2 bucks each. Can't get your hopes too high on the first day, otherwise you'll just end up failing the rest of the season. Despite the lack of vendors, it didn't take me long to find some great items. Well, kinda... 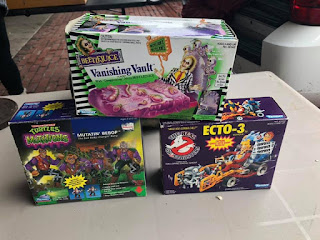 See those great mint in box toys? Cool items, really fun to find at a flea market but the vendor thought that these were his ticket to fame and fortune, but his asking price was way too high. In fact, as I examined the boxes (resealed by the way), the vendor brought out a piece of paper with eBay prices and how much they were listed for. I didn't have the heart to break it to him that there's a feature called "Completed Listings" but I decided to let him be and just move on. I had bigger fish to fry. 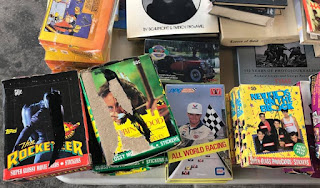 Trading cards! And lots of them! I'm always amazed to find boxes of trading cards when I hit this particular flea market, it seems like a lot of people held on to them and are now just realizing what a foolish idea that really was. But hey, for $3 per box, YOU would be the fool to pass these up! 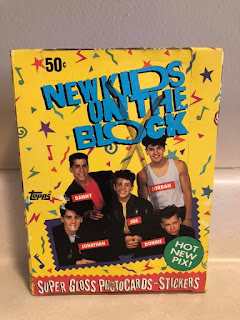 Ok, maybe Robin Hood: Prince of Thieves and 1990 Nascar cards aren't the most exciting thing in the world, but Rocketeer? NKOTB? Deal. I'd gladly fork over the cash for those boxes.


Enough nonsense for now. You've seen the rather minimal amount of highlights, so let's get to the main event. What did I pick up? 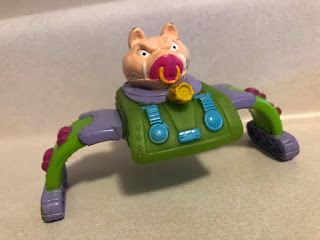 Much like Dick Tracy had his two way wrist watch, you had the power to harness the ultimate power of your favorite Barnyard Commando. Burger King released these spaceship/bacon infused bracelets at the end of Barnyard Commandos already brief run (1989-1990). It always amazed me that these guys received a fast food promotion but Food Fighters didn't but I guess a giant ice cream with a missile launcher doesn't grab every 6 year old as much as an angry boar in a spaceship.

BACK TO THE FUTURE NOVEL: 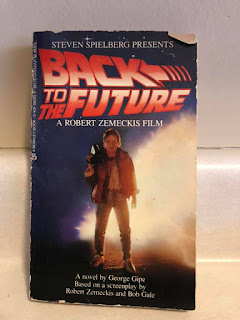 Back in the 80s, every movie released received a novelization and this time traveling classic is no different. Usually these novels had something different from the movie, maybe some deleted scenes and unused dialogue.I haven't gone too deep into this particular novel to find much, but I'm hoping to find something fun. Love the cover too! 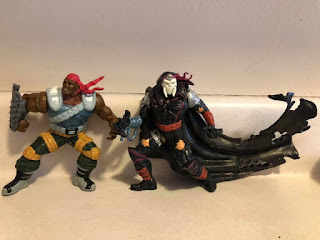 Back in the 1990s, everything that we held dear got overtaken by the "EXTREME" trend. Soda, pro wrestling, staplers and even our beloved GI Joe. By 1995, our favorite military toy line became bigger, badder and much more IN YO FAAAAACE! Replacing Cobra Commander was the Spawn/Skeletor/terrible indie wrestler hybrid known as IRON KLAW, the leader of SKAR who looked cool but had the poseability of a rock. But worry not, this proprietor of the most 1990s Halloween costume ever has some opposition in the form of FREIGHT, a mix between Heavy Duty from the original GI Joe line and I think a garbage man? I still can't figure him out all these years later.

Gone were the days of backpacks and fun guns and helmets. In 1995? These figures came with goofy, crappy accessories such as a boatload of armor and giant sticks. I actually had both of these guys in 1995 due to my love anything GI Joe related, and was EXTREMELY overwhelmed. But now? I can appreciate trying to freshen up the brand by introducing new characters. 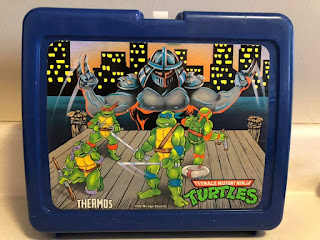 It seems every time I hit the flea market on opening day I ALWAYS find a lunchbox somehow. Not that I'm complaining!

I fondly remember this one. From 1991, this particular lunchbox showed the final battle from Ninja Turtles 2: Secret of the Oooze that featured the Turtles and Super Shredder. Now, while some Turtle purists aren't fond of the Super Shredder sequence, I loved it as a kid and now. Plus, Kevin Nash as Super Shredder? Win.

I tend to remember seeing this particular lunchbox all around the lunchroom at school and summer camps that year. Once I locked eyes on it, it was 1991 all over again. I could instantly remember the tantalizing smell of peanut butter and jelly and Mott's apple sauce resting in those lunchboxes. You know the smell. The kind that gets locked and trapped in the plastic. It's a comforting smell on a hot day as a kid and every plastic lunchbox on the schoolyard had it.Unless you were the weird kid who had generic apple sauce. You should've been more vocal. The Motts were worth the extra twenty cents.

These scream "childhood Halloween". These cardboard, multi jointed beauties were really the things that helped us fall in love with the season. If you had a Halloween and these didn't get hung, you may as well have just hit the restart button and start over completely. 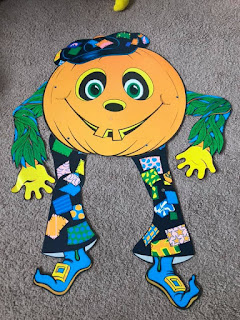 That jive turkey pumpkin may be my favorite. He kinda reminds me of the pumpkin from Return To Oz. Frightening but welcoming at the same time. 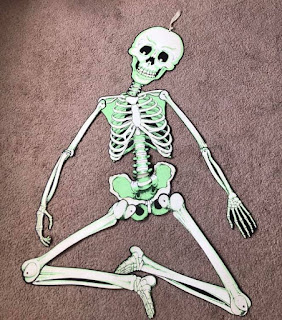 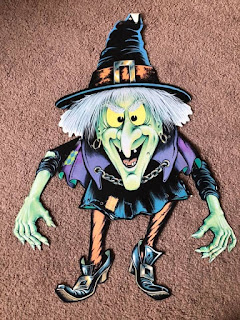 THE MVP. The witch almost looks like it would've been a Jim Henson character if the design were ever used in a live action movie. She's short, squat and much like the pumpkin, she kinda toes the line between menacing and loving. Could she be your friend or would she try to turn you into a calzone? I guess you'll just have to wait and see! 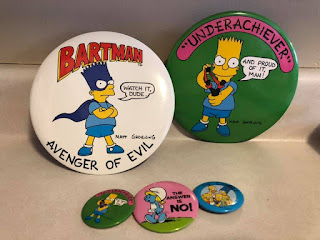 My personal favorite find of the day. Yes, the decorations were great but these were a real treasure! If you were a youth in the late 80s/early 90s, you no doubt had a giant button of some sorts. Not only were they stylish and large and in charge, but you could use them as a display piece. Each of those had a cardboard backing that could be folded out to prop up. Kinda like a photo frame. So if you weren't going to a New Kids on The Block concert that afternoon, you could still off your love for Joey by putting the button on your shelf. These aren't exactly the hardest or even valuable collectibles to find but they are always fun to see when you do find them.

The Bartman character was a great gimmick for The Simpsons early on and made for easily sold merchandise. Kids loved Batman. They loved Bart. How couldn't he sell buckets of merchandise? This button is a perfect reminder of the early days of Simpsons. I have nothing but love for the Underachiever Button and it's amazing neon colors, but Bartman just looks tremendous all around.


You can read previous "opening day" adventures in my previous blog entries: