Kicking Off The 2017 Flea Market Season! 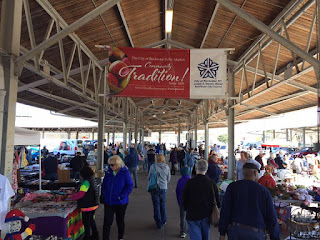 I start going through flea marketing withdrawals earlier and earlier each year. Usually about January, but I started around December. And why wouldn't I? Thrifting throughout the year is one thing but attending a flea market is a whole other experience. An experience that can motivate even the most unmotivated slacker to get up and do something with themselves. Who can truly turn down a bright and sunny morning spent going through peoples dusty and dirty boxes filled with crap no one in their right mind should want? 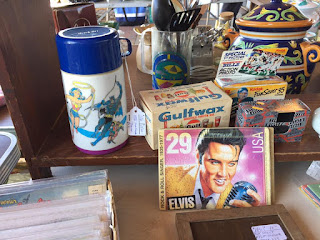 Not me! I woke up pretty darn early to get to the market as quick as I can. It was a lovely day! I picked a good time to arrive too. Plenty of people, but not too many. There wasn't a lot of crazy variety but again, it's only the beginning. I didn't expect or even want to walk away with a gigantic haul. To start off that strong so early would just burn me out so quick. I'm ok with a slow start and ending big.

So instead of more rambling, let's take a look at the goods... 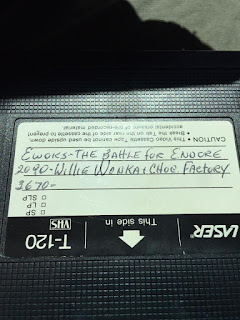 First, I need to get this out of the way. A seller had a bucket filled to the brim with home recordings of movies and tv shows. I was able to pick out a few but only two were safe from every VHS Collectors worst fear: TAPE MOLD. Yes. Tape Mold.  If kept improperly or in poor conditions, tape mold will build up on the actual spool and ruin the entire tape. But, I'm glad to report that one of those tapes was an Ewoks Battle For Endor/Willy Wonka double feature! The other tape, well, I picked up a homemade JEM tape from 1989-90 with commercials and all. It's quite the gem (pun intended) but I wouldn't be able to do this justice. I'm sure you'll see it pop up elsewhere. But what else did I pick up? Hmmm... 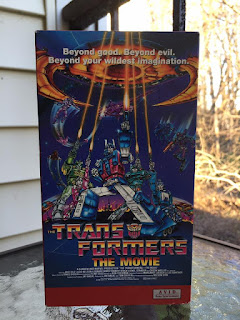 I will at least try to walk away with one vhs per visit and this was a perfect tape to walk away with. And unlike the pile of dusty tapes I had picked up, this had no mold whatsoever. I'm a huge fan of Transformers the Movie but I've never truly seen this release of the movie before, so this was a very nice surprise! Not a bad first purchase, eh?


Wrestlemania was indeed running wild at this table. The woman selling these was in a big hurry to get rid of all the figures she had and I was in a big hurry to take them off her hands. Especially that Jeff Hardy, which after the surprise return of the Hardy Boyz at Wrestlemania 33, their merch has been quite the hot commodity. So, I kinda jumped at picking him up for that selfish reason. The others were just garnish. I can't help but thinking the other four were the best out of the box she had to offer. Check it out: 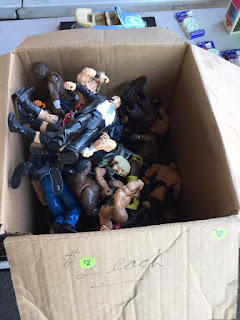 Yes, I'm fully aware that every flea market has at least 50 people selling outdated wrestling figures but out of I've seen in the past few years, these were in some of the better condition. Plus, a buck each? Why not! 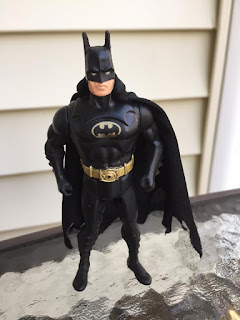 As a kid, I hated variants and only wanted the comic or movie accurate costumed figures of my heroes. That was especially true with Batman. Over the years, we've seen some cringe-worthy variants but the figures I always wanted was just straight up Dark Knight. Thankfully, while Kenner's Dark Knight Collection offered strange colored variants, they also offered just plain black suited Batman with goofy accessories. This figure in particular looks like "Powerwing Batman" but my studies show that this particular figure was released a couple of times in the line. Regardless, it's nice to just own a regular Batman from that line that doesn't look like a McDonalds toy. 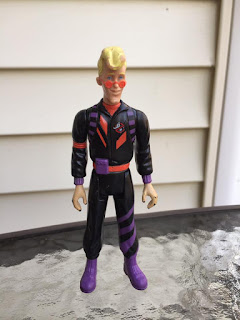 Ooooooh my favorite of the entire haul! I owe my buddy and local seller, Dan a HUGE thanks (and since I know you're reading Dan, THANK YOU!) for this. Power Pack Heroes was in the tail end of the line and instead of offering more lamewad variants like making our heroes genies or construction workers, Kenner merely repainted the original figures with rad, updated new colors. Just based off how unusal these colors and suits were, make them my favorite of the entire line. For the past year or so, I've been looking for a decently priced Egon, and today I found it! Now that I have all of the MC Hammer Ghostbuster variants, I can rest easy.

Oh but wait...I still need a Janine! Well, looks like I have something else to add to my list this season...

So was it an amazing, life altering haul? No! Don't be silly. But it kicked off the season right and that's all I could ask for!