on October 08, 2017
Well, Tuesday was the final day for the legendary McDonald House Sale, a second hand sale in which people from all over come to find that one sweet item they can either use in the house or if you're like me, put on eBay and pay off those pesky bills. Normally, I get very excited and get hyped but I'm a little sad just as much I am happy with my findings. Now, you're asking yourself "Chad, you always find such cool stuff. Why would you be sad?". 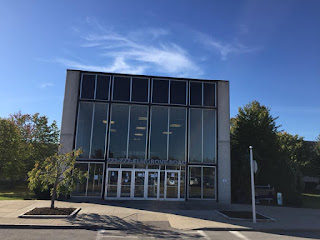 The answer is simple: The Sale has grown so large, that it's outgrown it's current and longtime location of Tech Park (normally a giant warehouse). I've been going to the Sale since 2014, and I've explored every nook and cranny of that place. I've become so acclimated to this event that I know the first spots to hit all the way to what departments to only hit on the last days during the "75% off sales". It took a while to get turn this into a routine, which resulted in me losing great finds, but hey I like the familiarity of this place. 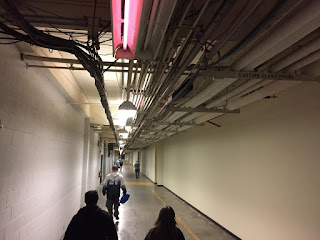 So it was time to take one last time down that hallway and enter the house of bargains... 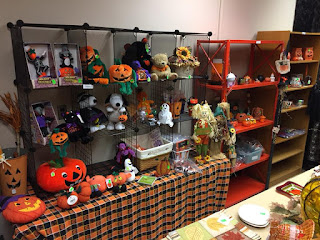 Well, I must confess, I probably should've hit the infamous Halloween Room first, but last time I found a vhs copy of Rad, so my instincts took me to the movie room instead. 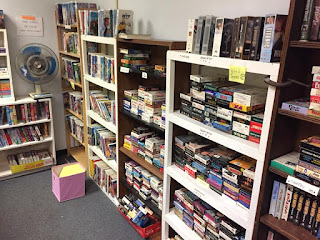 Sadly, nothing to be found this time. No Rad, nothing rare at all.  I took this as a sign of things to come. Now, it sounds like defeatism but I started to get a bad feeling in my gut that this last show just wouldn't have been the trip that previous shows were. Thankfully, I was able to pick up the second season of the Upright Citizens Brigade to consider this particular visit to the room a success. So I started to wander around and look at other things. Nothing was popping out at me to buy, but some cool stuff nonetheless. 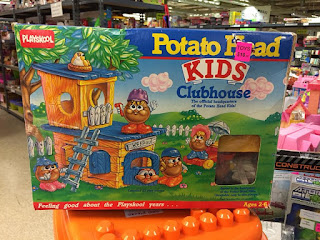 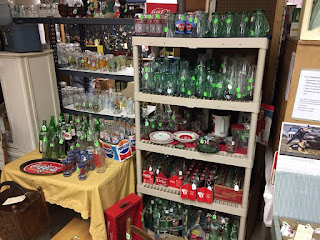 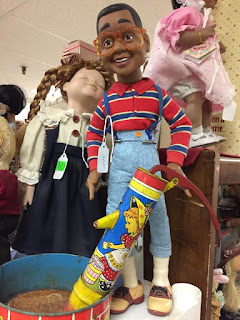 I was in danger of being late for work so my usual routine of hitting the departments would have to be shortened. Now, walking around, I found some nice things but nothing cool enough to bring with me. And then I hit "The Boutique", a name the Sale gives for an area featuring more collectible and sought after items. I sometimes find a cool item or two, but for the most part I rarely find anything incredible. That is until today: 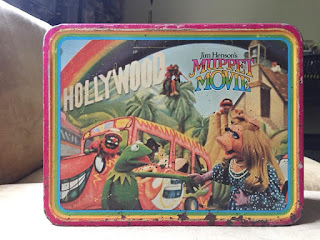 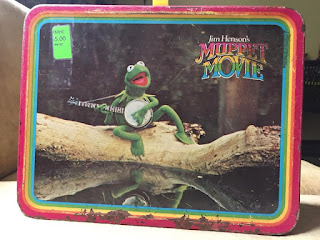 Being the hug Muppets fan I am, I refused to leave this sweet piece behind. It's not in the finest shape, plenty of rust spots and it's missing the thermos, but as a showpiece, it's a nice piece to have. And for only $5? Yeah, that's not going to be left for the last day by anyone.

So looks my gut was wrong? Sure, I've been wrong before but never have I been so happy to be wrong like I was now. And then IT happened. 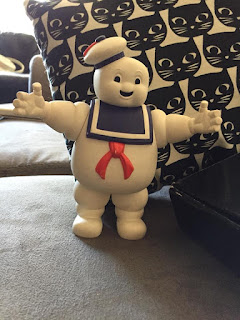 Ok, so if the lunchbox made me giddy, this find made me flip out. Funny enough, the night before, the official page for the Sale posted preview photos and in one of them was a gigantic Stay Puft plush toy in the toy section. Well, after not being available, I was a little crushed. But finding the original Kenner Real Ghostbusters figure? All is forgiven. No way I'd be sad after finding my favorite GB character!  I had written about the most recent Mattel figure and how great it was, but there's something about owning the original that makes me want to forget all about that one.

Funny enough, the woman who labeled and bagged this referred to him as a "rare Michelin Man doll". After I jokingly corrected her on who he really was, she proceeded to get a little upset and just walked away. Hey, you can't say the wrong name about to someone who has been a Stay Puft fan since about age 4. Sounds like your problem, Miss Price Lady.


Time was winding down and I decided to hit one more section and oh boy was I glad that I did... 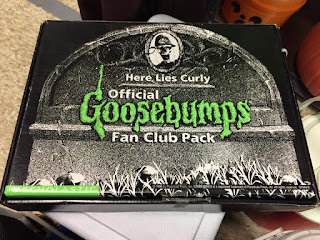 Great Caesars Ghost! It's beautiful! This would be the second time I've found a fan club kit at the Sale, last time being one from the Mickey Mouse Club , but I'd say this blows that one out of the water BIG time. I didn't even think twice about buying this. It had to be MINE. I drop all my other stuff and immediately go through everything in there and sure enough, it's a complete set. Oh you might be asking, what's in there? Come back tomorrow and we'll take a quick look!


Sadly it was time to head to work. I'm kind of ok with this being my last run. I mean, sure I hit the 90% off day later, but honestly, I didn't find anything as cool as I did this day. But that's ok, I'm ready to let go and just move on. I'm really looking forward to what we have ahead of us. Maybe we'll finally get air conditioning and indoor bathrooms.Although, I'm kind of scared. The talk was they hadn't found a new spot for the Sale just yet but I hope it's even bigger and better.

Hopefully, I'll see you again in the Spring! 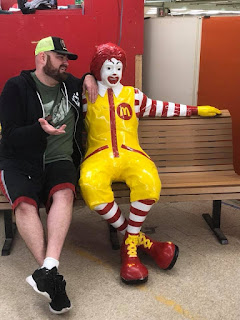 For more fun adventures and finds at the Sale, check out my previous entries: