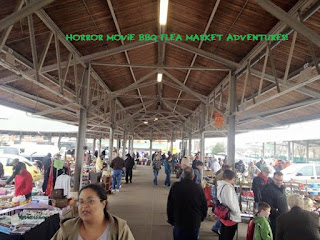 I'm pretty sure I said I wouldn't use that header photo again, but screw it, I've been way too lazy to make a new one. Sorry. I know it's an awkward eye sore.

So it's been a little over a month since the now infamous "50 Mile Yard Sale" and in that month, I decided to take a small break from flea marketing and yard sales. I mean, why not? I struck it pretty big down in Montezuma. I had a hard time believing I'd top that trip. But I was wrong. Dead wrong. It started with finding THIS at a local thrift store for only 6 bucks(7 including tax): 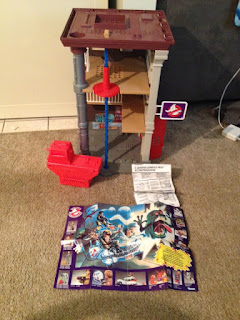 Yup. You know EXACTLY what that is. An almost complete(just needs the Ecto Plasm) Ghostbusters house with instructions and the promo poster. Neat huh? Now, I'm sure after this, I could've retired. But I'm too greedy for awesome finds. So I took a chance today, preparing to fail and headed out. 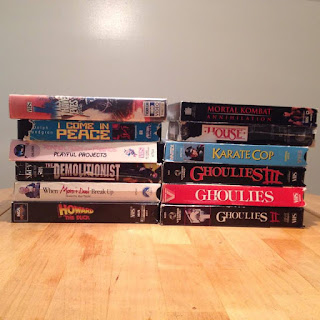 Ghoulies 1-3, a movie called Karate Cop, Howard the Duck, Mortal Kombat Annihilation, I come in Peace and a weird video called When Mom and And Dad Break Up hosted by Alan Think are just some of the beauties I found. A very solid lot. As far as VHS hauls this year, it's great and may be my best. I have most of this week off, and I plan to devote as much time to this pile as possible.

Now, one tape is being excluded from this pile for a reason... 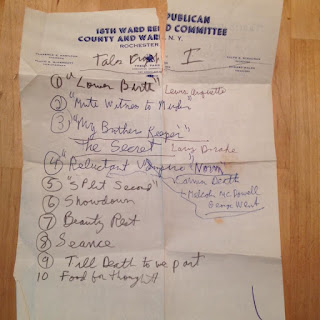 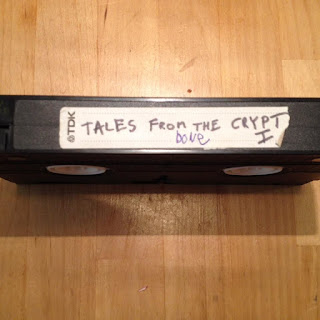 A vhs tape filled with nothing but Tales From The Crypt. I haven't watched this yet, but I'm guessing it could be a copy of the vhs volumes from the 90s or syndication. One thing's for sure, I'm gonna look forward to watching this and finding out! 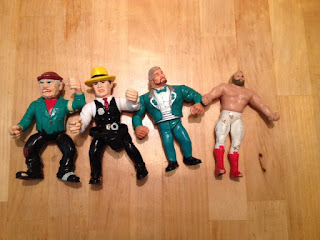 I've been slowly building my Dick Tracy collection so finding Steve The Tramp and Dick for only a buck? Success. Especially since I've been eyeballing lots on eBay lately. The other two, a Hasbro Ted Dibiase and an LJN bendable Big John Studd, are just for when I vend at a flea market later on in the year. Although, I may just keep Dibiase. That's a pretty good representation of him from that era, despite being my least favorite Hasbro mold/pose/action mechanism. 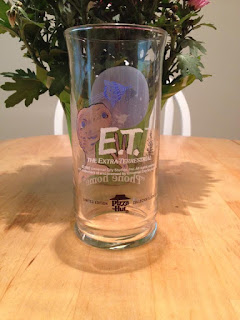 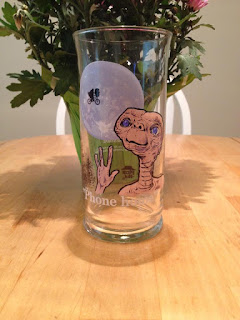 I've seen a lot of these out and about at the thrift store and flea markets and being a huge fan of the movie, I always wanted one. But, the prices are usually ludicrous. I'm sorry, I'm not paying close to 10 bucks for this glass, as nice as it is. So when the guy who sold me the figures above offered this for a buck, what was I gonna say? "No way, turd, you look like that weird blonde guy from Hootie and the Blowfish, so shove it.". No! I had to jump on this. It's pretty tall and sturdy, so it'll be washed and join my Demolition glass in the cupboard. I bet it'll be pretty good with warm apple cider filling it up... 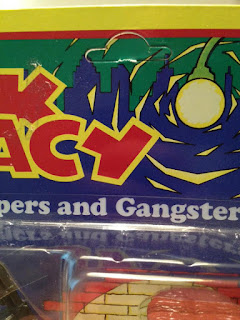 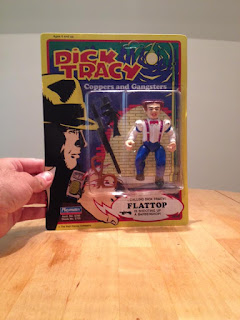 This may be my personal favorite from today's search. I've always wanted to get one of these signed by actor William Forsythe, but the usual asking price of close to 30 bucks is downright silly. As fun as these guys were, they never really sold well and just kinda...floundered. So, once again, when the vendor who sold me to me asked for 5 FREAKING DOLLARS I had no hesitation throwing an Abe Lincoln at him and almost danced away with joy.

Finding a figure like this is common, but to find a figure 25 years old with an unpunched card? Shoot son, that's not common. I can't want to have this signed. It's gonna look great.


So that was my pre-birthday flea market excursion. Not bad, eh? This year has been my most successful flea marketing season yet. And we're still NOT DONE!!!!!!!!!