- June 19, 2022
Nothing much to say, just wanted to show some love for one of my all time favorite GI Joe figures: Tunnel Rat, the sarcastic wiseguy who turned out to be one of GI Joe’s best bomb disposal experts. Not only was he one of the best new characters and figures introduced in the movie, he appealed to everyone. He seemed like a big kid in the military. Tunnel Rat would see numerous future releases in almost every style Hasbro has to offer but very few would ever top his original. It just looks so cool! 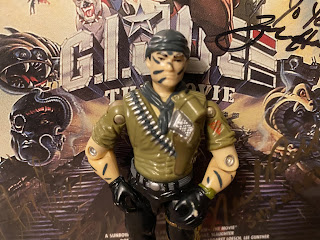 Figured it would be appropriate seeing as the original animated movie will be released in theaters in a few days by Fathom Events Like many fans, I’ve always wanted to see it on the big screen but it’s just never been a possibility until now. Which is great, it’ll be worth the wait imo. Especially with that insane opening sequence. Seeing GI Joe vs Cobra at the Statue of Liberty on the silver screen? Yes please. I’ve had to have seen this movie over 100 times in my lifetime and I say that without hyperbole. I can also say without hyperbole, this is the most exciting movie event for me personally all summer! Unless they decide to show Masters of the Universe or Lost Boys for the 35th anniversary too. Then we’ll have some serious competition. 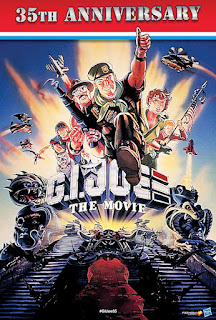 I hope you all take advantage of these Fathom Event screenings! They usually go all out with them, provide some fun bonus stuff before or after the movie. I don’t think anything has been confirmed for GI Joe, but a surprise video introduction by Sgt Slaughter or Don Johnson would be super radical!