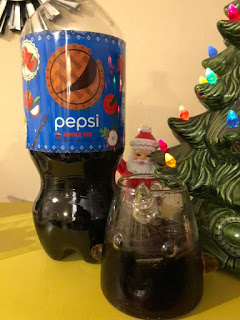 It wasn't a huge, earth shattering announcement on Twitter, but it probably should have been. A few weeks back, Pepsi asked fans and followers on social media to share their most heinous baking fails in time for Thanksgiving and in exchange, the first 1,500 fans would be rewarded with the limited edition Pepsi Apple Pie Soda. Naturally, being a fan of special edition sodas and Pepsi in general I had to enter with a highly embarrassing photo of what I refer to as the Great Pudding Massacre, from the time I tried to make instant pudding in our new (at the time) KitchenAid. Yeah.

So, with that a Pepsi rep got in touch with me and let me know I was eligible to win one of the 1,500 bottles of Pepsi Apple Pie! I was elated, and finally it had paid off to suck in the kitchen! A few weeks later, it arrived and boy oh boy... 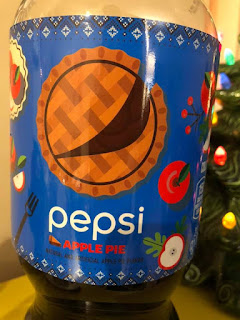 It was worth the wait and uber humiliating photo. It was almost like an early Christmas present, I immediately tore open the shipment with lightning fast speed. And after unwrapping what seemed to be piles of cellophane, I stared face to face with the most festive Pepsi packaging job I've seen this side of Pepsi Holiday Spice.

For those curious, I've never had Pepsi Holiday Spice, which remains my junk food white whale and has bothered me for years not trying it when I had the chance, but I've been told by those brave enough to remember the debacle that this is indeed better. And ya know what? I'm guessing they're right because this has to be the most unique and BEST TASTING PEPSI EVER. My gosh, it's amazing.

Sweetness, thy name is Apple Pie Pepsi. It's not exactly the first sip that gets you, which just tastes like normal Pepsi at first but then the pure taste of apple pie hits you on the after taste, which really tastes like a big punch of flavor in your mouth! A perfect mixture of Pepsi and apple pie makes this almost like a dessert itself! Coke may corner the market on advertising but when it comes to weird, novelty holiday flavors, Pepsi seems to have been the clear victor. 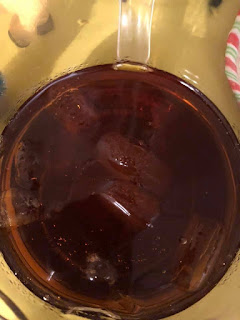 The smell was also quite intoxicating. Like a bubbly and fizzy apple pie just dancing under your nose!

The rumor is, Pepsi plans on rolling this out for mainstream. When and where is beyond me, but I can honestly say I'll be there. This was a real treat to try and I'm so grateful to have received it. All these years later, I feel like I can finally let go of my Pepsi Holiday Spice regret. I feel somewhat like this is my personal redemption and I can move on. Because it's gonna be hard to imagine HS or ANYTHING being able to top this bad boy!