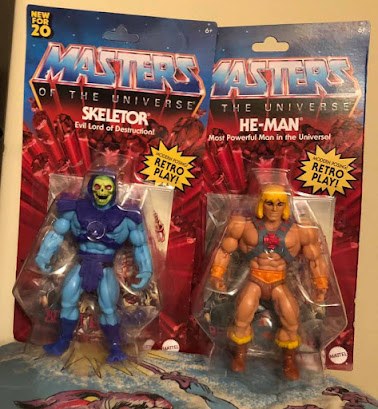 When I first saw Mattel's new "Masters of the Universe: Origins" line, I initially wrote them off as just another set of unarticulated trash, along the lines of the Super7 figures, which were good looking figures, but other than a new headsculpt, offered almost nothing to me personally as a collector. But after seeing these Origins figures in person? I'm ready to admit I was wrong. 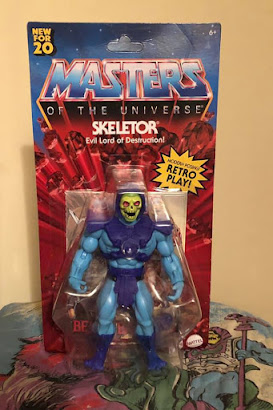 From the packaging to art on the back, we're already hitting it out of the park. Here we see old Bonehead's card and unless I'm blind, I don't see any difference between the card art and the original figures. Well, other than the "Retro Play" and "New for 20" labels. I'm fully aware those weren't on the package in 1981. 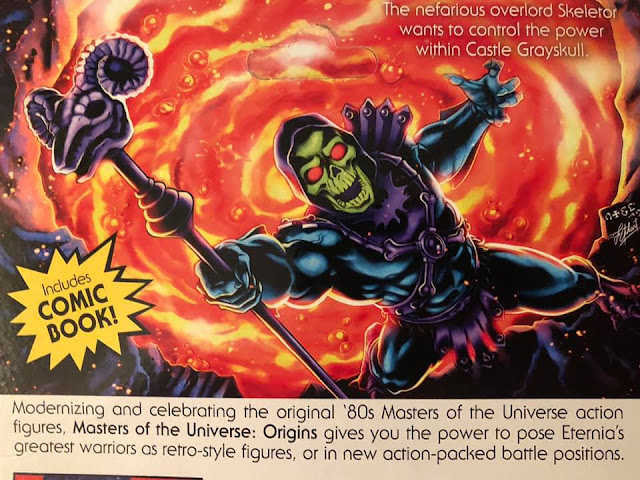 The back of the cards also feature brand new, updated art featuring the characters. Skeletor art usually swings toward the more cartoony, kid friendly Skeletor and while this maintains a touch of that, it also makes Skeletor look a little meaner, more muscular here and has a little bit more of that horror influence. 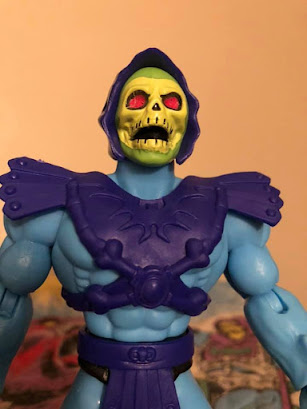 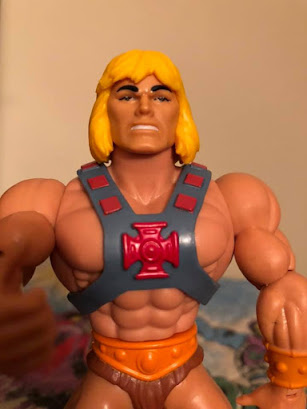 These figures are everything I had always dreamed of in a MOTU figure. Perfect articulation and cartoon accurate headsculpts to create amazing poses and provide some fun play value too. If I ever had one major issue with any and all MOTU figures it's always been lack of major articulation which, in my opinion, had it been instituted, maybe the classic line could've been even greater! 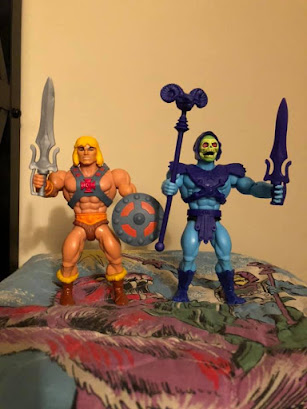 The posing you can do, as I mentioned, is incredible. For the first time in the 5.5 scale, you can have He-Man raise his Power Sword just as he did in the cartoon and look so cool! Or...maybe he can just bodyslam Skeletor for old times sake! 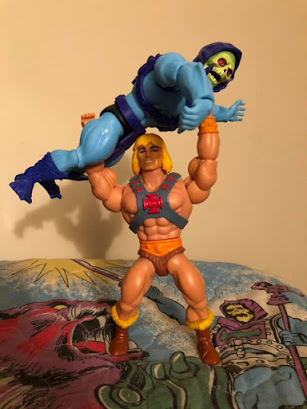 Some things never change, huh? Judging by that thumbs down, I assume Skeletor is the only who disapproves of He-Man's newfound mobility! 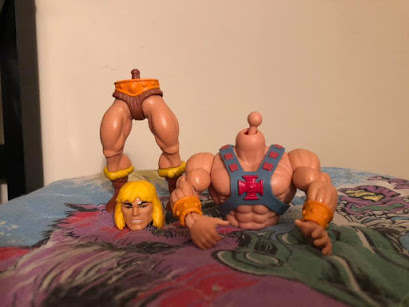 Another fun aspect is the body parts. Easily removable and interchangable without damaging the integrity of the figure itself! Imagine all the great Modulok-like creations you can come up with!!! Even better, all the body parts are compatible with the amazing WWExMOTU line! Which means... 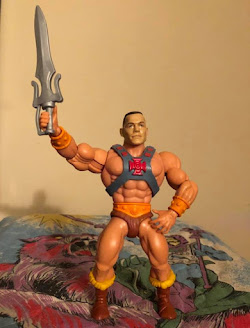 Is that photo coming through? All I see is a sword.

You can also finally give Skeletor PANTS! 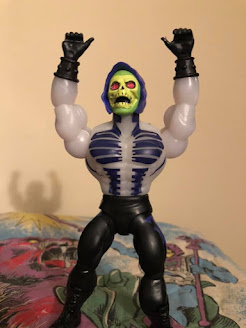 Have you ever seen Skeletor so happy??? I mean after almost 40 years of of just wearing furry underpants, I'd be pretty excited too!

These figures are absolute masterpieces in my opinion and the definitive MOTU representations. I think Mattel knows what we the adult collector want out of these figures as well as making them appeal to the new generation, which is very important. So while the nostalgia factor is there, there's also enough to get kids into these as well. The articulation, the brighter colors, the free mini comics, the fun accessories and vehicles, it's all pretty amazing if you ask me.

So yes, my first reaction to these figures was 100% wrong but I've never been happy to be more wrong in my life. 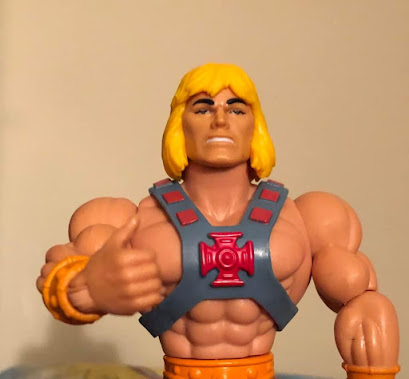 Yes, He-Man, I agree. That thumbs is definitely warranted! 10/10. I can't wait for more figures, more vehicles and even coming this October...SCAREGLOW!