I'm a big fan of "mystery mini" figures that have been gaining popularity over the past few years. Seems to be really fun ways to get your favorite characters in a smaller scale to easily display on your shelf or your desk at work! But the real thrill is not knowing who you'd get! It's like buying an empty cereal box just for the prize. It's pretty fun! Now, I've picked up quite a few from WWE to Garbage Pail Kids to Nicktoons, but none made me as excited as the ones I found today! 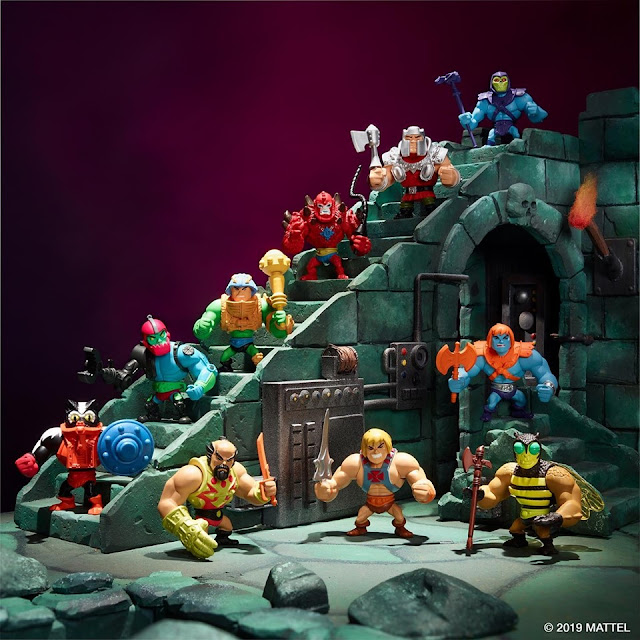 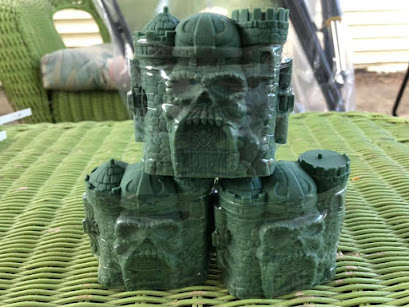 Made by Mattel, these little guys are no bigger than an inch or two and are very colorful and delightful! Just as fun as the figures themselves, are the fun Castle Grayskull packaging they come in! Admittedly, at first, I thought they were one of those old figural Topps candy containers from the 80s. Same hollowed plastic, one colored paint job and containing a special surprise! While cheap sugary chiclets weren't awaiting me, the Power of Grayskull would have many secrets to reveal to me! I picked up three of these mystery toys and I'll gladly reveal them here: 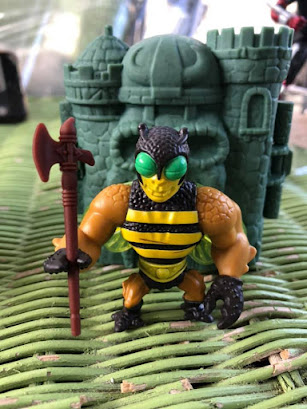 Ok, so this was a big downer. Buzz-Off happens to be my least favorite MOTU character if all time. Just always found him annoying so for him to be my first figure was a little underwhelming. I will say, in his defense, the sculpting is pretty good on this. I like the detailing of his face and arms. I suppose there is a little positive there. 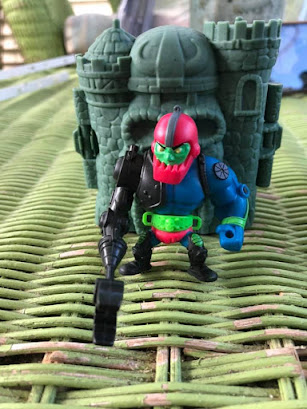 Skeletor's second in command and the highly popular Trap Jaw is one of the lines most memorable characters. I love me some Trap Jaw mainly because he's a football playing Frankenstein with robotic appendages. What's not to love? Much like his previous releases through the years, he comes with that fun claw attachment you see on his right arm. This DEFINITELY makes up for the first figure. Absolutely fantastic! 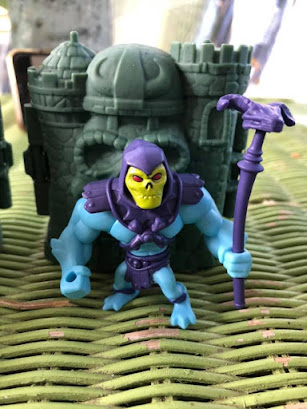 I was hoping for a heavy hitter in this bundle. Not to say TrapJaw isn't a heavy hitter, but I was hoping for a He-Man personally. But Skeletor? JACKPOT! A mini-Skeletor that looks almost like a pro wrestler in a skeleton mask looks great holding his Havoc Staff in front of that Grayskull just looks fantastic. I know mini figures of the boneheaded baddy have been made before but this could be my favorite so far! 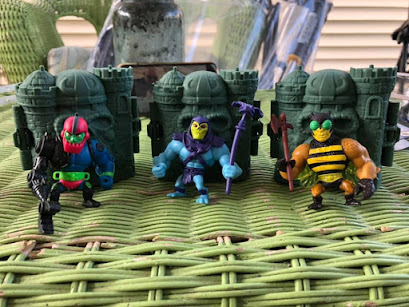 These are WalMart exclusives and for under $5 you can't go wrong. These mini figures are a real nice pick me up and look great on your MOTU shelf! Can't recommend picking these up enough!