On His Own: A Tribute To Bobby Brown and The Ghostbusters 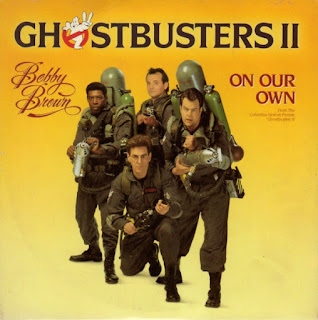 Ghostbusters 2 remains not just my favorite Ghostbusters movie, but one of my all time favorite movies. There's just so much going on in this movie that I just adore and one of those things happens to be one of the songs from the soundtrack and one of the most random cameos ever by none other than R&B's original bad boy, Bobby Brown!

In 1989,  Bobby was on FIRE. His dance moves and hot tracks were tearing the world up and helping him form his own bad boy persona after leaving his former boy band, New Edition. "My Prerogative", "Every Little Step I Take" were just two massive hits off his debut solo album that shot him to the top of the charts. His solo career was off to a great start and he'd go on to enjoy even more success and even a very memorable relationship with Whitney Houston.

But of course, his contributions to Ghostbusters 2 are my favorite thing hes ever done. No disrespect to all the memorable performances he has put on or any awards and accolades he's garnered, of course. 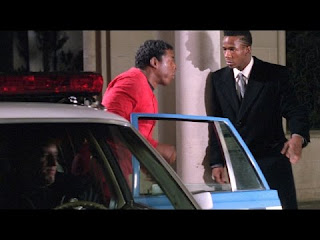 There he is! The pop prince rubbing elbows with the famed four! Quite a sight to behold, eh? Playing the doorman for the Mayor's office, Bobby made his time count by asking the Busters for a proton pack for his little brother? Admirable indeed and kinda selfless! If it were me, I'd be asking for Jeanine's number but who am I to judge? Sadly, his little brother would have to settle for the Kenner proton pack, because he was turned down by Ray who claimed "The proton packs are not a toy". When Ray plays the mature and responsible one, you know it's a serious matter. This very brief but fun cameo was ONLY the beginning...


He wasn't done. Not by a long shot. Bobby took every little step he could to creating a classic song just for the Bustin' Boys! "On Our Own" was his original song and aside from the RUN-DMC's "Ghostbusters", it may be the most memorable track off the soundtrack. Accompanied by a fun, very clearly 1989-ish music video packed featuring Bobby dancing in billboards, shots of NYC and the movie itself. But don't forget, much like that Ray Parker Jr. video, we got some fun celebrity cameos! Appearances by Rick Moranis, The Ramones, Donald Trump, Christopher Reeve and many more famous faces hanging out in New York! A great song and in fact one of my favorite songs of all time! Who knew you could make such a hit like this and not rip off Huey Lewis?


Of course, that's not the only song Bobby would lend to the album. "We're Back" also appeared and get some love from fans but not as much On Our Own. I don't  think you can truly go wrong with any song from this soundtrack, so maybe I'm the wrong person to ask, but I like it!

Now, if you really wanna see Bobby in his natural habitat preforming this song, check out this great performance of On Our Own at the 1990 VMA's. His onstage antics and even dropping a swear word during the live show bring it all home. Bobby really puts his all into this song, and for the record, yes he does the famous rap about our boys in the middle of the song! Check out his memorable appearance and witness firsthand just how incredible of a presence he had on stage:

Of course the fun doesn't end there. In most recent years, Bobby found his way into the IDW Ghostbusters comic book. In one issue, he makes a single frame cameo with Whitney and in another issue, you can see that trademark Gumby haircut over the shoulder of our heroes chatting. Come on, Bobby. We know that's you! That style and those moves shine through even the most one dimensional art!


Finally, if you're like me and need a piece of Ghostbusters history for your shelf, why not grab this amazing signed trading card as well? Released by "Cryptozoic", these signatures cards can be found relatively easily on auction sites and are a great collectible to put in your collection! 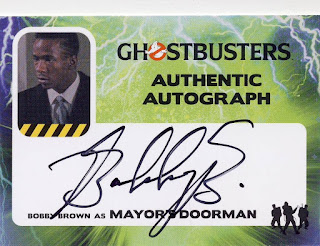 Random, huh? But cool nonetheless! In fact, you could say...it's too hot to handle and too cold to hold!