on July 31, 2020
We all have at least one toy that we've held on to since the second we got it. Something big or small that just remains one of the lasting connections to our childhoods. It could represent a moment that means something, it could also just be that favorite toy we would take to the playground or that long roadtrip to your aunt's house. My choice is the ultimate figure that captures all that and more as well as providing the perfect link to my lifelong devotion to the Masters of the Universe: 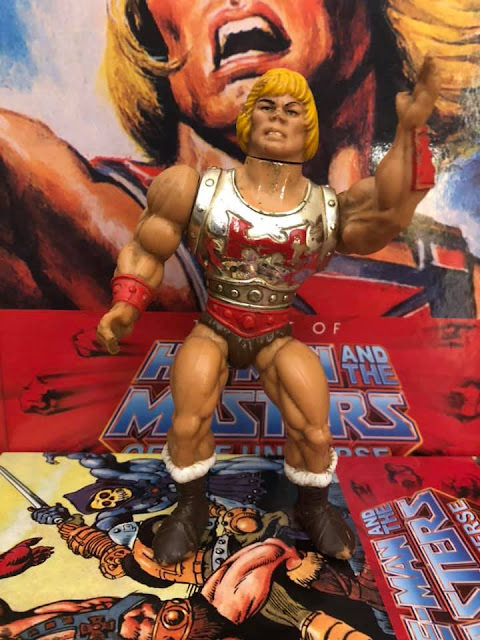 Flying Fists He-Man was a variation of the titular hero that was released alongside a similar version of Skeletor called "Terror Claws Skeletor" in 1986, which was a point where the line started to begin to go downhill in popularity. At that time, you were a loyal MOTU collector and fan, it had been years since you purchased the original figure and prolly needed a new upgrade. And while there have been other cool looking variants, in my opinion, this was the coolest. It still remained somewhat true to the original while still offered something new.
One of the biggest reasons I still love He-Man, isn't just the fantastic science fiction and horror aspects, but it's the connection that I shared with my late father who would always watch and play He-Man, which I'm sure will come back up again in future entries. But this figure may be so meaningful to me not because of the cool upgrade in armor and action feature, but because my dad bought it for me, which I remember clearly. It was just another random day where my dad took me to Bradlees to go buy a new shirt or a new Rolling Stones record or something but since he was dragging me along with him, I got to get one figure and that figure was totally going to be a new He-Man. It was so shiny, new and even did weird karate chops when you twisted his waist. Being a huge Karate Kid fan, that appealed to me as well. 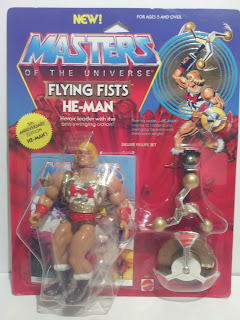 What I saw on the shelf. Credit: He-Man.org
I don't remember what else was on the shelves but there was NO way I was turning this down. Once we got back home, I proceeded to take him out into the backyard and have the biggest battles I could have. Through the years, he'd get dirty beyond the point of cleaning, he'd lose a finger or two, and lose some paint resulting in He-Man looking like the lovechild of Alfred E Neuman and Sloth from Goonies. Hours and hours were spent as He-Man threw Skeletor into mud pits outside and down a flight of stairs on a rainy day inside my house. After I got this figure, I no longer needed any other representation of He-Man in my collection. (well, until 2002 that is) But no matter how beaten up and torn apart it looks now, I will always look at that figure and just think it's the greatest ever created. 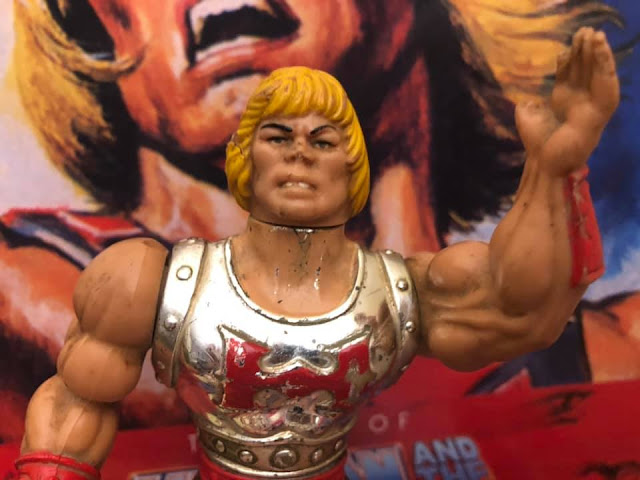 There's just some things and memories I have from my childhood that I refuse to let go of and this figure is one of them and that's alright. It's got so much love and fond memories connected to it. In the end, isn't that why we collect toys to begin with?
-Chad
he-man he-man.org Masters of the Universe MOTU MOTU Month