A Tribute To The Boz! 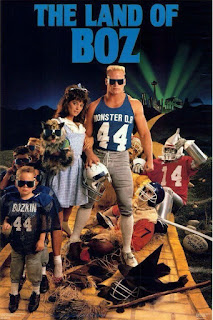 Back in the 1980s and 1990s, athletes and most celebrities in general, were judged by their public personas and no one had a larger persona and chip on their shoulder than Brian Bosworth aka THE BOZ! The young, cocky linebacker broke into the mainstream during his memorable college football career where he became one of the most legendary Oklahoma Sooners. While he helped bring a lot his team, he also brought a lot of controversy. Namely by criticizing the NCAA and even his steroid use. Despite this, he was still a very desired pick by the NFL and Brian was drafted by the Seattle Seahawks where he'd play for 2 seasons until injuries caught up with him. Brian's potential wasn't truly realized in the NFL and he became the butt of many jokes at the time. In many people's minds, The Boz was a complete failure and seen as just another big fish in a little (college football) pond. With his NFL dreams fizzling before his eyes, he had other plans...

You can't keep a someone who is as determined and confident as Bosworth down for long. Shortly after his NFL run, he'd find he could make his money elsewhere. Tshirts, his own autobiography and even a pretty memorable Right Guard commercial or two would be a perfect way for Brian to stay out in the public eye! 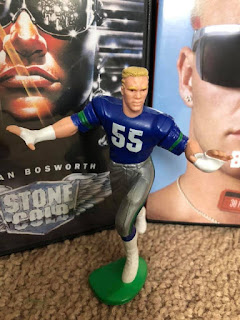 A lot of cool Boz merch came out during his run, including the famous "Land of Boz" poster you can see at the top of this article but my favorite piece is no doubt this rad Starting Lineup figure! 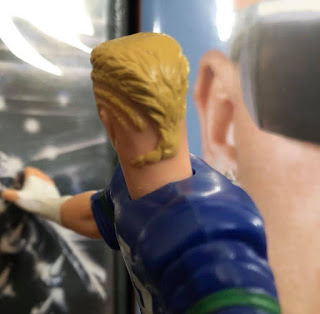 They even got his hair right! 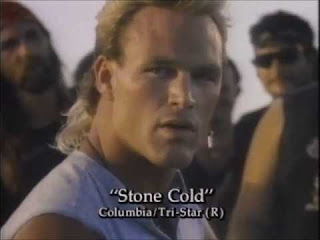 But his most memorable post football career move was none other than 1991's action cult classic Stone Cold, a movie (which I reviewed years ago and you can read here) where Brian plays a cop who goes undercover in a motorcycle gang to take them down and stop them from committing murder. A fun, star filled movie featuring Lance Henriksen, William Forsythe and even a cameo by pro wrestler Tom McGee! Considering his natural charisma and larger than life personality, Brian had a pretty good freshman acting attempt and put his best efforts into making this movie count. Unfortunately, a lot of people were burnt out on these over the top macho action movies at that time and the movie flopped. I can't help but think if this movie were made in 1989, we could've seen him in more and even have a healthy acting career. He'd later appear in The Longest Yard, Three Kings and many other movies, usually in smaller roles. 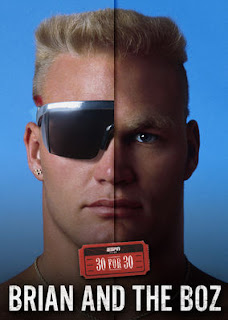 Shrotly after that, Brian would kick around, do some commentating for the XFL and sports analysis, but the most fascinating thing would happen to him to him in 2014. ESPN's documentary series 30 for 30 did a feature on our hero called "Brian and The Boz" showcasing him and his son going through Brian's memories and mistakes in a storage locker filled with trophies, memorabilia, and plenty of newspaper and magazine articles. Boz also touched on his very rocky relationship with his father, who seemingly never could show his appreciation for his son, which lead Brian to act out and even seek out other father figures, such as his Oklahoma coach, Barry Switzer. This larger than life persona was a cry for help. He just needed his fathers affection and presence. Something, so many people, including yours truly, can relate to.

Wow. Holy cow. It all makes sense and answers a lot of questions as to what The Boz was truly after in life.

For the first time in years, some of us got to see a new Boz. A more humbled, reflective and redeeming person who was coming to terms with his previous life. Make no mistake about it, we all love that loud, brash, cocky Boz, but to see him acknowledge how ridiculous and egotistical he had become and wishing for his son to avoid that path, was absolutely fantastic. 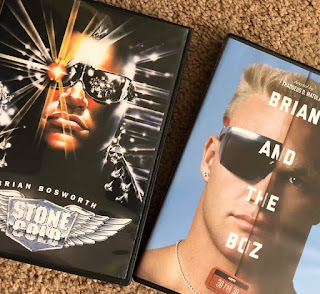 Between his movie star good looks, his trademark hair, his attitude, and the fact he could back up everything he said, was everything a young man watching football wanted to be. Inspiring? You bet! But if you ask me, seeing him as someone who's come to terms with his mortality and trying to coach others into not being as defensive and open to receiving help is even more inspiring. You can see Boz's influence on many athletes today, including Rob "Gronk" Gronkowsi, who no doubt took a few pages out of the Boz's playbook. Maybe a little too closely. So while he may not have achieved all he wanted to in football, I think the mistakes Boz made lead to a lot of success for him in his personal life. He found happiness, he found himself, he found Christ, he found where he belongs in the world. Some people don't get to find any of those things, especially after such a string of professional failures. 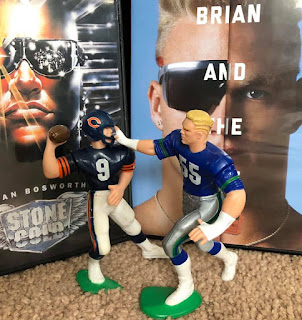