- January 03, 2020
I don't think there's been an action figure that's sent me and other fans in such a hardcore tizzy like this one right here. Surely a main event in the toy aisles all across the country... 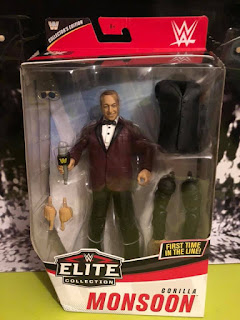 Gorilla Monsoon was the official voice of our Saturday mornings and Monday Nights growing up with his over exaggerated expressions and big chuckle, it was almost like hearing your funny uncle watching sports and making witty observations, so to be able to own his action figure, was something collectors simply couldn't miss out. Originally planned for a two pack with Bobby Heenan (a concept which was scrapped), this WalMart exclusive figure became the hottest figure of the year very quickly. Packaged with multiple hands, arms and even an alternate suit jacket, this figure has it all! 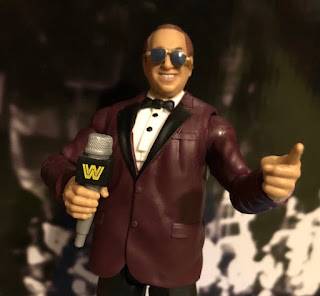 The sculpt is absolutely fantastic and a great representation of Gino. His facial feature with his big toothy grin is on full display and immediately reminds me of all the great events Gorilla would kick off with a big hearty laugh and smile before exchanging verbal lashings with Bobby Heenan. I'm also very happy to see it come with so many alternate hands to create new scenes and dioramas. He was very expressive with his hands and would often point or wag his finger. Usually in anger and extreme frustration at Bobby Heenan. 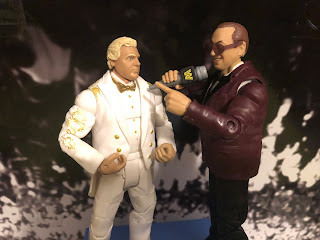 Also, his hands make him seem like the king of disco... 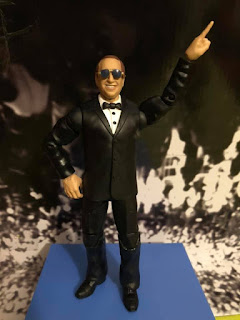 I grew up with Gorilla in the maroon coat but I'm glad to see them include his black tuxedo as well. Kinda reminds me of his days as the WWF President. Which comes in handy when he's taking down Big Van Vader: 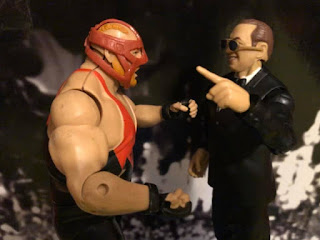 (In my world, Vader got knocked the heck out. No one messes with Monsoon!) 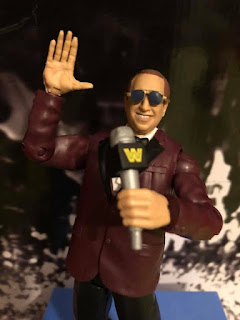 My only issue with this figure is his size. Gorilla wasn't exactly the most thin gentleman in his career, so I don't exactly know they made his torso so thin. I feel like giving him a slightly bigger belly would've been more accurate. But this isn't a huge issue since fans have been waiting so long, it's most likely going to be forgiven. 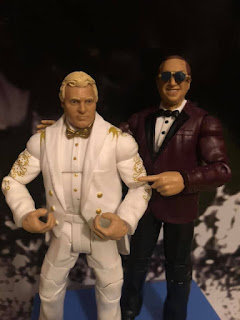 Mattel has released a few Bobby Heenan figures over the years and it was only a matter of time until we got his comedy partner and while the Classic Superstars figure we got back in 2005 by Jakks was pretty good, this definitely nails down the Gorilla we all knew and love.


Of course, would it kill them to include a banana or two?