The Joys of Black Friday!

on November 26, 2019
We're officially in the home stretch of the Thanksgiving season. It's been a pretty busy few weeks for me and I'm sure you as well but in just a matter of hours, it'll be worth all the effort. I can feel the excitement creeping up more and more! Of course after a long day of Parades, food, and family telling the same stories over, I'll have Black Friday to look forward to!

Good thing I have Monster to help me recreate the mood for this one... 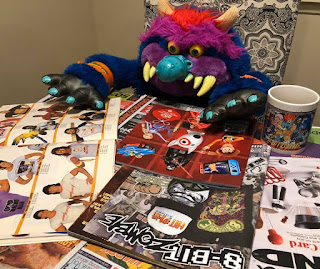 Oh yeah. The only time lining up at 3 am for 20 dollars off a 4K tv seems somewhat sane and...logical? I don't know. I feel like I can always find better deals on Mercari or even used on Amazon, but that weird comradely with other psychos in line makes it somewhat comforting. Besides, it's just not a Thanksgiving evening without about 600 flyers and circulars on your dinner table. It's a weirdly comforting feeling. 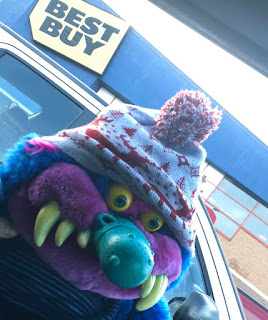 Black Friday actually holds a lot of positive memories for me. The first one I ever did was in 2003 and my big reward for dragging my best friend Andrew to Best Buy at 4 in the morning while relying heavily on cigarettes and Pepsi was 3 cd's, a Playstation 2 game and a couple Anchor Bay horror dvds (ya know, back when Best Buy had an enormous horror section). Andrew was a great sport and picked up a few PS2 games but he wanted nothing more than a nice hot McGriddle and to go back to bed. For two 20 year old guys, who probably were more used to a good smoke and drink and sleeping in until about noon or so on a day off, this was a different experience for us. Fun though! And I'm glad I got to share it with my best friend.

While that was a good starter, in 2006, I'd bust my biggest nut. That was the era where Jakks WWE Classic Superstars were reaching one of their highest points. Some of the best characters of wrestling's past were being created for the first time in 15-20 years. Brutus Beefcake, Demolition. All the faves. And on Black Friday that year, KB Toys and Kmart offered some serious deals that I couldn't pass up. KB offered 3 Classic Superstars for $20, which considering they were $15 each at the time, wasn't something I would turn down. So I decided to load up on my collection and grab 3 figures, which is good since the store had already sold so many. Pickings were slim but hey, Ken Shamrock, Bam, Bam Bigelow and Kamala are nothing to sneeze at. Of course, K-Mart is where the real gem was... 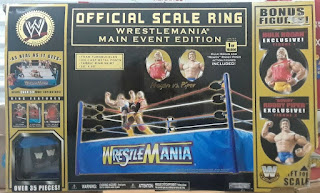 K-Mart rolled out an exclusive "Real Scale Ring" set which was a replica of a WWE ring, except a LOT bigger than a normal ring. This was no rinky dink toy, it was a 20' x 20' ring with a real cloth ring mat, die cast ringposts, foam turnbuckles and ropes that didn't require me to tie them with horrible knots like I used to with WWF Hasbro Rings. It was more like a giant model than a toy and I was more than happy to humor the store and pay it. The asking price for this beauty? $50. Special Black Friday price. You'd think they were done and officially hooked me but then they threw in the big guns: Exclusive Rowdy Roddy Piper and Hulk Hogan figures would be included. Well, crap. Now I really can't turn this down!

So I drove from KB to my local K-Mart. By this point it was about 5:30. K-Mart opened at 6 am and I was determined to be the one to grab that ring and figure set. Once the doors opened, I flew to the toy section like the giant kid I am and grabbed the only set they had! It was a flawless victory. I was overjoyed. I couldn't wait to get home to put it together and immediately construct a sweet display on my shelf. The guilt set in rather quickly though, as I checked out and started walking out. A woman came up to me and asked if they had anymore because she wanted one for her son. I broke the news that I got the only one and she looked super defeated. Normally I would feel bad and would be happy to give up my bounty for the greater good but I was super drained at this point and wanted to get home. Not my proudest moment, but hey, my credit card got charged and I was feeling cocky and victorious. Little Billy would have to wait another day. 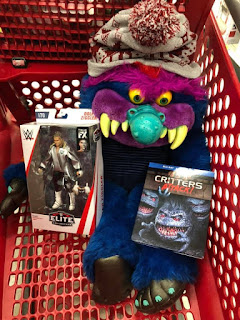 And then, on the way home, I proceeded to stop at another Kmart and pick up two more Classic Superstars. Before you ask, yes I still lived in my mom's basement. Shocking, eh?


I'm sure you too have a very similar story about having fun during Black Friday. I'd love to hear it!  Sound off in the comments with your best Black Friday memory!