on January 20, 2019
I've been holding off on this one for a good reason, but since we're a week away from the Royal Rumble, why don't we dive in and discuss one of the greatest Hasbro figure disappointments: Ric Flair.

When Ric joined the WWF in 1991, he made a sudden impact by challenging world champion Hulk Hogan and pretty much every other babyface in the company. He became the most hated guy and it was only a matter of time he'd receive the Hasbro treatment. The Hasbro line was at it's peak so fans had their hopes up for a hot figure. Sadly, we didn't receive a Flair figure until after he was back in WCW and on top of that, what we got was one of the biggest let downs.


Again, what Flair looked like and how we all remember him:

And what we got: 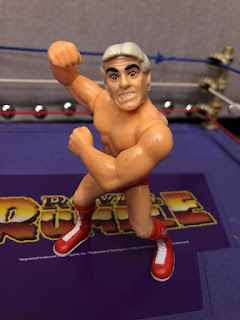 Not a great representation of the legend but you work with what you've got. Flair was given the "Rick Rude" body, which was an even bigger misfire in 1990. While it was the right body size for Ric considering how small Ric is in real life, the action feature doesn't work for him unless you're having a Royal Rumble and need someone to get a punch in the head. 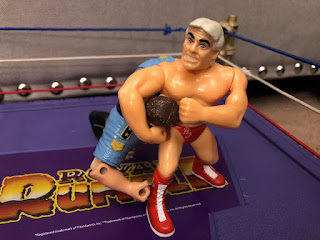 In this case, I suppose it makes sense. One of Flair's moves was to put someone in a headlock and give his opponent a bonk on the head. His face bothers me, mainly because it doesn't look like Flair unless he's doing an intense promo. Which is great if you making a video or diorama or recreating something like his Rumble 92 promo, but otherwise he just look constipated and his play value is extremely limited.. As a kid, I would've LOVED to have recreate his Wrestlemania 8 against Randy Savage, but his face and feature just made it so hard to get behind. Even if he was widely available in the infamous 3 for $10 phase of KB in the mid 90s. I just couldn't get behind this as a kid. And that sucks.

Fun side note, it has been noted by fans that this head sculpt does match his appearance in the 1993 Royal Rumble Sega Genesis video game: 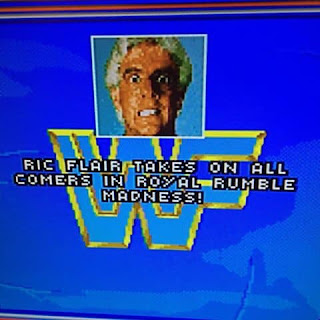 Before writing this, I really tried to come up with some positives about this figure. The only thing I can think of is that the pose is great. Flair would often brag about how he's the ultimate man and how great his body looks (even though he was far from Mr. Olympia) so I suppose that's a big check in the pro column. 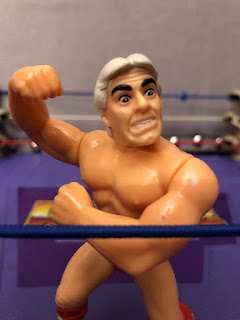 For those who want a more accurate Nature Boy figure in the Hasbro scale, you're in luck. Mattel gave us the Flair we always deserved in their "Retro" line: 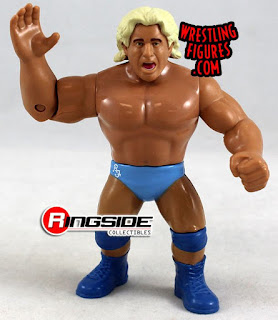