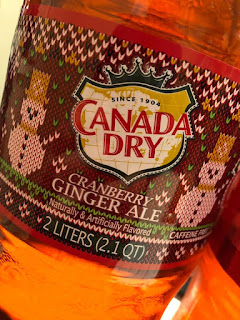 There aren't a lot of thing I expect to be apart of my Thanksgiving meal or else it could ruin my day. Stuffing, cranberry sauce and biscuits are three of my demands. If my plate doesn't have at least those three components, you don't want to be around me the rest of the day. I will sit by myself and eyeball you while you eat your food and make you feel as uncomfortable as possible. Of course, that's on the plate, but what about the side? Even with the most mediocre plate, there still is a way to salvage your evening plans. You're thinking "pumpkin pie, right?". Good call, but I'm talking about something that should be considered the official drink of Thanksgiving. A drink as old as time that has always found it's way to the table that I lovingly refer to as CRINGERALE! 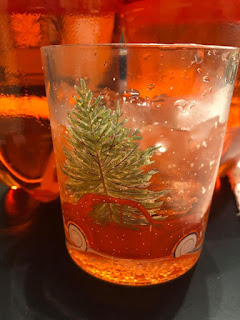 Some prefer it with 7-Up, Sprite, Sierra Mist, heck even Mountain Dew(I've seen it), but for me, it's not Tgiving without some Cringerale. Whether it was you at the kids table, all the adults in a cigarette smoke filled dining room arguing about politics, your grandparents on the sofa, or your brother trying to look cool in the kitchen while reading a hot rod magazine, someone had at least 4 glasses filled with cranberry infused ginger ale throughout the night in my household. Homemade in a punchbowl is usually the way I took it. Oh how I remember that giant punchbowl filled with ginger ale and cranberry juice while watching adults drink booze while watching a football game, with me and my cousins would be drinking some delicious pinkish soda and thinking I belonged in the room.

For years, Canada Dry have taken it upon themselves to offer a more straight forward approach for those in a hurry. Offering both flavors in one bottle. But this year? They went all out with their design. 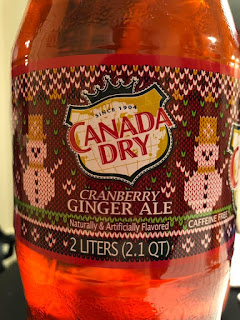 My goodness, I cannot drive home how amazing this bottle is. Look at it. A maroon colored Christmas sweater design! So festive! A delightful design that should pop out and scream CHRISTMAS but As far as I'm concerned, it may as well be a turkey considering how early it's being released and how close it is to our most gobble-licious holiday but a snowman is just as good. But no matter how you may perceive this, it's a beautiful looking bottle! 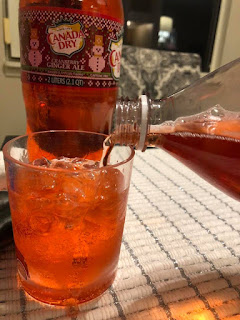 The drink itself is delicious. Now, like I said, I prefer my cringerale to come from a lukewarm punchbowl with minimal ice cubes, but this is just as good if not better. One sip of it sends me back to the days of my youth, where Thanksgiving meant just being there and trying to keep up with everyone else and provide my thoughts on wrestling and music. Imagine me with a corncob pipe in one hand and a glass of cringerale in the other while discussing the previous night's Survivor Series main event. Hulk Hogan vs. The Undertaker was quite the topic of conversation in my family and I was there for it. And so was Cringerale. 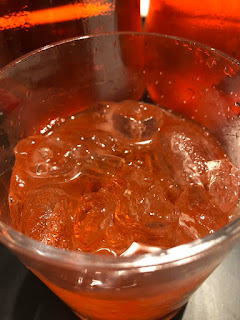 My only complaint is it isn't as red as I'd wish. It's a bit on the pink side. But that's such a minor qualm for such an important role in the Thanksgiving puzzle. Don't let a Jem and The Holograms colored drink drive you away. In fact, that should be another reason why this should be the first thing you wanna drink. 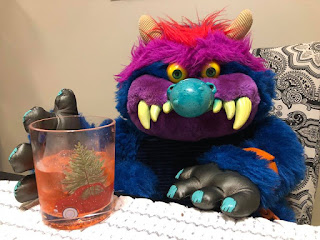 Of course, punchbowl cringerale isn't for everyone, some may like this even more. Making Thanksgiving is all about your comfort level. So if you're in the mood for something super carbonated, try Canada Dry's offerings. Either way, you can't lose!