- August 13, 2018
By 2005, the MOTU line was dead. Fans had given up and ready to accept defeat. Even though we hadn't received a lot of characters, we accepted it's fate and were ready to move on. But suddenly a savior appeared in the form of NECA and The Four Horsemen and we were blessed with STACTIONS! 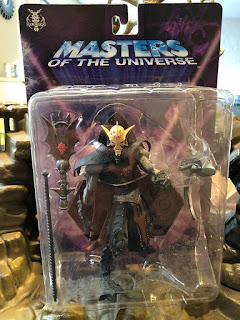 A combination of "statue" and "action figures", these mini statue/figures filled the holes of fans collections with all their favorite obscure characters. NECA, The independent toy company responsible for mini busts and the sculptors behind the 200X series would be in charge of giving us the characters we had dreamed of. Via an announcement in Toyfare, Hordak and Clawful were the first to be announced and suddenly fans got their hopes back up that this could be a resurgence of the line and He-Man could get a second chance. Personally, as a HUUUUGE Hordak and Evil Horde fan, I was so excited to finally get my hands on these characters in this particular scale but I tried not to get my hopes up as to what else we could get. This was just two characters, so it would all depend on sales. But regardless, we were excited for the future. 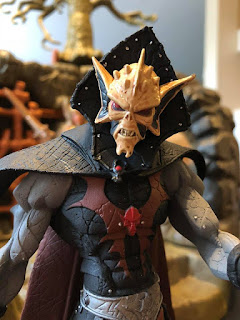 And what a nice, while brief, future it was. Through 6 waves, characters who were never given a chance to shine were given the Staction treatment and characters like King Randor, a cartoon accurate Evil Lynn and a classic colored He-Man were offered as comic con exclusive while future waves continued the theme of Horde members, gimmick characters, and another He-Man and Evil Lynn. It was pretty wild to finally see a character like Grizzlor and Leech in the Staction format. Finding them in stores became somewhat of a task. For a while, it was said that Suncoast Video was the main source to pick them up, some people even found them at grocery stores. My friend Ryan actually found one at a local Aldi's, which is pretty bizarre but then again, you gotta remember 2005/2006 was a completely different time for finding independent toys. There wasn't a lot of promotion outside the internet either which made it a bigger problem for fans and collectors. 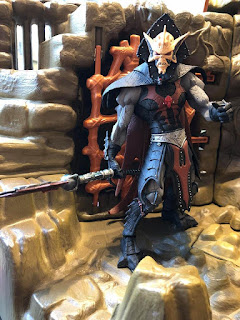 Even though you couldn't move their appendages due to the joints being glued and fused together, the sculpts were fantastic. As you can expect from a Horsemen sculpt, the details were extremely impressive, with his costume getting so much attention. Hordak's famed symbol was given a more serious look. With a darker look and more demonic feel, this symbol is ready to intimidate upon first glance. A flowing cape that shows off some wear and tear from some serious battle was a nice touch, even if fans who aren't the biggest fans of plastic, molded capes can appreciate this. 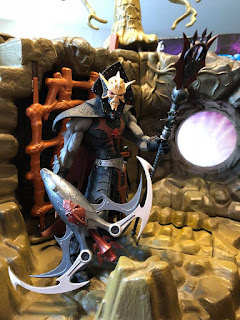 His pose, considering his permanent positioning, is pretty fantastic as well. He's already a scary sumbitch, so for him to have anything but a commanding would be foolish. Look at him. He's heads and shoulders above the other figures of the line and he knows it. Skeletor? Please. Who do you think taught him everything he knows? This guy. His stance and sculpt are the perfect example as to why I love this era of MOTU. 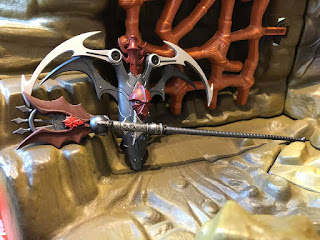 His weapons also reflect a very different era of MOTU. Instead of the simple crossbow he previously came with, Hordaks newest weapon is somewhat of a cyberpunk/scifi/Transformers hybrid. His staff, which was featured in the Filmation series, was also a worthy addition. As much as I love the design of Skeletors Havoc Staff, this was definitely the cooler of the two. Also, you gotta love that Hordak is so vein and narcissistic that he'd rather use his symbol on the end of a staff than a giant animal skull. That's ego right there and he knows it. 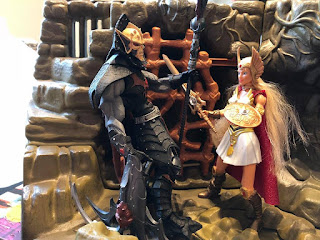 In terms of scale to other figures, he's pretty on point. Standing next to She-Ra, who I'd assume would've been close to about 5'11 in real life, is towered by the giant vampire/demon, who I'd assume would clock in arou  7 or 8 feet which works for me! A larger than life, frightening villain is just one of the things what makes a series like MOTU so fantastic and memorable. Imagination and pure insanity at it's finest and boldest.

The entire Horde crew would eventually be completed thanks to the stactions and the Horsemen's amazing efforts. But in my opinion, no figure in the entire line shone brighter than Hordak. In fact, I'd even argue this is the best Hordak figure. No offense to any other, but there's no competition. Of course, if there is any debate, I'd love to hear it! Is this your favorite Hordak? Least favorite? Share in the comments!