on August 08, 2018
Some of the most unique and craziest characters released in the MOTU line was offered in the last wave or two. Whether it was a new costume for He-Man, a firefighter with an elephant head or ninjas, Mattel really beefed up the line to keep fans interested. A lot of crazy ideas, but the one that stands out the most is none other than Mosquitor! 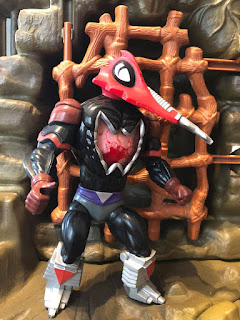 Mosquitor, the blood sucking pest of The Evil Horde was one of the more gimmicky characters of the final lines. A giant mosquito with the power to drain his enemies blood via his giant nose? Yup. Mattel was really stepping up their "WTF" game and really hit a homer with this one. And people say Mattel was out of ideas come 1987. I beg to differ. A 6 foot blood sucking mosquito? That's either out of a David Cronenberg movie or some serious drugs. I'd like to believe both but who am I kidding, Mattel knew what they were doing. The more insane the figure was, the cooler it was. Like you didn't want a giant lobster with a muscular lobster arm or a giant fire-ant/demon with 80 arms and legs. 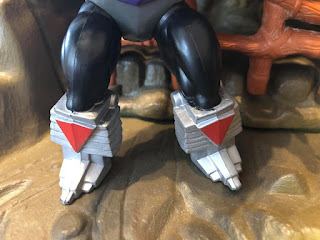 Check that out! Not only is he a weirdo with a thirst for blood, but he's a snappy dresser who wears boots that once belonged to a Cylon. While the other Horde members focused on how monstrous and frightening they'd appear to others, this guy right here wanted to maintain some style. If you're gonna stand out, fancy 1970s moon boots are the way to do so. 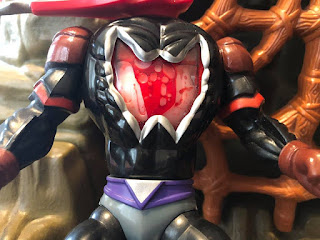 The most memorable aspect of this figure, other than his giant freakin' head and smart-ass looking face, is obviously the window on his chest that shows him pumping his enemies blood through his body. Eventually, his tummy fills with yummy blood and he's a happy mosquito and flies off to stop the next hero. Genius idea and in all the underutilized MOTU characters, Mosquitor is probably up at the top. But that's not by design, it's mainly because he was introduced so late. 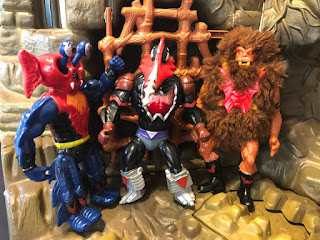 Mosquitor is a perfect addition to The Horde. How could he not? His design is pretty memorable and a unique power could've lead to some real fun in both He-Man or She-Ra cartoons. Maybe he'll appear in the new She-Ra series on Netflix. Time will tell!