Meeting The King Of Rock!

on December 14, 2017
A few weeks ago, DMC of the iconic rap group RUN-DMC came up to The Record Archive in Rochester, NY for an in-store signing of his new album "Back From The Dead" and discussion of the importance of vinyl. 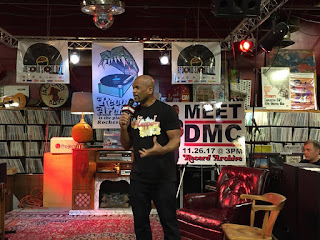 DMC kicked everything off simple enough. Giving stories about how vinyl was a huge part of his life, discovering music and how hearing it on a vinyl album is much different than an iPod. All good points and great stories, even discussing the making of the music video for my favorite RUN DMC song, Rockbox. He also discussed how he discovered  Sugar Hill Gang's "Rappers Delight" as a child thanks to the Superman references. Which I found to be a funny story, since that sounds like something I'd love about a song as a kid as well. 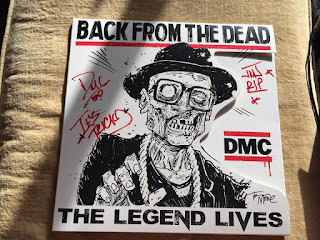 His new record "Back From The Dead" (seen above) is his return to the rap game, looks and sounds absolutely incredible. It's definitely a must own for rap and rock fans who are looking for something new! He was right when he said "I won't stop rocking til I retire"... 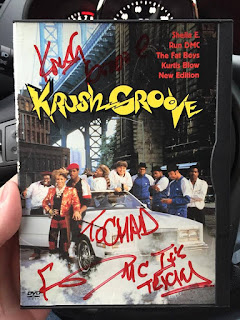 I also found out when I got there, that DMC would be signing extras. Thankfully, the store had a used copy of Krush Groove for only 5 bucks, which was a lifesaver because I've been wanting to get my hands on the dvd for some time. He was more than happy to see Krush Groove and even gushed about it. He even put "It's Tricky" and "Krush Groove" inscriptions.

Of course, I've always been a huge RUN-DMC fan, but the big reason I wanted to meet DMC wasn't due to his music. In 2006 VH1 ran a special about DMC finding his real mother. As someone who is adopted, I was inspired to get in contact with my biological family, which I did less than a year later. He was very appreciative and happy when I told him this, to the point that he told me "An adopted celebrity one time told me, you don't start a book on chapter 2, you gotta start from the beginning. Good or bad." He gave me a hug, and we got our photo op to which I requested us folding our arms, to resemble an old school rap album. He laughed and said "My man wants a b-boy stance, you give it to him!". The photo turned out great and I couldn't be happier. 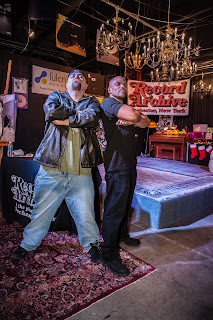 Definitely a huge highlight of my year, I can't say enough nice things about him. If you guys ever get the chance to meet DMC, fan of his music or not, I highly suggest it. He's lead a fascinating life and absolutely a real fun guy to chat with!