on November 19, 2017
We've all enjoyed the tradition of making a gingerbread house for the Christmas season. There's not a lot of traditions that can make people smile and satisfy their holiday theme hunger quite like it. Personally, I find building a gingerbread house frustrating and time consuming. But it's usually worth and leads to happy faces and tummies and a nice photo for Instagram. Now...what if I told you that you could capture that same feeling but for Thanksgiving. 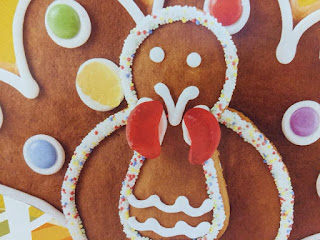 This new tradition comes to the Thanksgiving table thanks to our friends at Trader Joe's. Always a popular spot for some good holiday treats and food no other store will have the balls to offer. I mean, where else can you find turkey and gravy potato chips that taste so close to the real thing, you're gonna need a nap after? 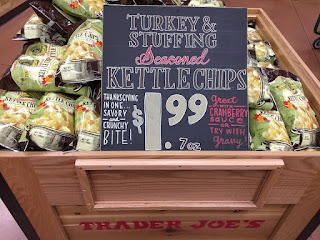 Ok, they're not the greatest. In fact, they taste downright bizarre but points for originality. Let's focus on something that you can consider the greatest. 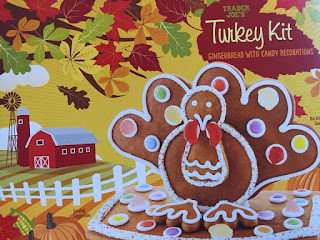 There it is. I physically did a double take when I saw this box in the store. I knew I had to own it and assemble the greatest piece of holiday food art I could. Wasn't gonna be easy, but for my love of sweets and Thanksgiving, I would at least try. Are you ready for this? I don't think you are. I know I wasn't. This is life changing on a grand scale. Thanksgiving will never be the same again and all other food related traditions have been put on notice... 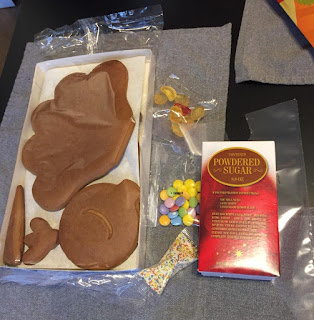 All the pieces are here to make your turkey. The tools of the trade are also included. You want to make a fabulous turkey with sprinkles, gummies and generic M&M's? Great! You don't? Hey, that's ok! It's your turkey. You be as over the top creative or just keep it basic. I'm not judging. Fair warning though, you will have to make the frosting yourself. I'm ok with that. Give me homemade, fresh frosting over that weird tubed frosting any day. That's part of the magic of this fun kit. You gotta earn it. And earn it I did. 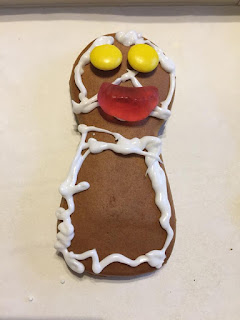 Making a turkey to reflect my personality, was no easy task. But I did it. Not a bad looking guy so far. I'm almost gonna hate to eat him later tonight while watching Survivor Series but for the time being, he's rather precious. Sure, he looks more like that guy who fell in toxic waste in Robocop mixed with the Cryptkeeper than what's on the box, but we're not done yet. Almost there. With a little help from the wife who has more steady hands than I do, we created quite the beautiful turkey... 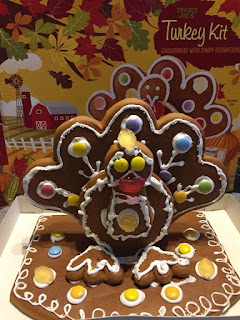 A gingerbread turkey! Well, kind of. A turkey mixed with the NBC Peacock, but hey since they're airing the Macy's Parade, isn't that kind of appropriate? 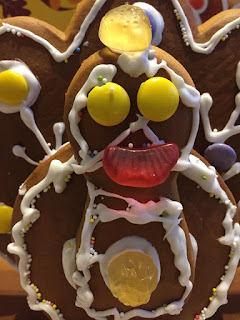 Now, as a gingerbread enthusiast, I rank this pretty high but as a Thanksgiving fantatic, you can't get much higher of a recommendation. If you're gonna be offering anything as a pre-Thanksgiving treat, it may as well be this. I mean, 'tis the season for everything gingerbread, but why not bridge the gap between Thanksgiving and Christmas with this?