We all seem to have that one holiday special that we remember watching as a kid but only about 3 other people in the world remember. It could be a variety reasons but the one thing I always try to remember is not everyone shares the same nostalgia and as time goes on, a lot of the specials fall through the sands of time and go forgotten. Which stinks if you're one of those people constantly looking for more info and can find nothing. I know that because I was one of those people. Until a few years ago that is.

Today's subject is about one of those specials. From 1991 "The Last Halloween" was a special that aired on CBS and from what I can tell, created exclusively as a one shot for the network by Hanna Barbera and Mars Candy and directed by Savage Steve Holland. Now, remembering this particular movie was a bit of struggle for years. I had seen it on it's airing in 1991 and quickly loved it but for some reason, when I'd try to bring it up in discussions with fellow Halloween geeks (pre-Youtube of course) my description would always lead to a response of "nah, don't remember it" or "Oh, you mean the Mars candy commercials". Which, the commercials aren't too far off and I'll touch on those in a second but it's not exactly what I'd remember. Since the special aired once or twice and not to much fanfare, the name of the special always escaped me. Until one day I saw a discussion on Tumblr where someone described the special in great detail. So, at last I had someone else who knew about it. I emailed the person who posted about it and sure enough, they lead me to the YouTube video. After about 20 years of going insane, trying to prove to people that I wasn't making this up and it wasn't the Mars commercials, I finally found it. Closure had finally come and now every year, I add it to my Halloween viewing playlist!

So let's discuss the story. A fun little special about 4 adorable aliens who visit Earth on Halloween night from another planet to find candy. Apparently on their planet, candy is known as "Coobi" and is one of the most rare and precious resources. Thanks to two local children, Michael and Jeanie, the aliens mission goes into high gear and candy is sought out. But that's where the fun ends for our heroes. However, it begins lot of wacky hi-jinks as Rhea Pearlman plays Mrs Gizbourne, an evil, almost witch like character(minus the powers) who is obsessed with finding the secret to eternal youth running multiple experiments and draining the nearby lake, Crystal Lake. And who is her bodyguard/driver, Hans in the special? Oh, none other than Richard "Bull" Moll, who looks like he was having a lot of fun in the role. He's definitely a highlight of the special.

So as they drain the lake, it's also revealed the lake is also the power source of the local candy factory which could lead to a factory meltdown. Now of course, that means no Halloween for anybody. But how are those adorable aliens gonna be able to find candy if the factory is kaput? If I were the aliens, who are a lot more trusting that you'd expect aliens to be especially after that V nonsense, I'd fly to like England or Scotland or something. Just seems like America was a bad spot to fly to at this point.

After Mrs Gizbourne kidnaps the children and one of the goofier looking aliens. Apparently they needed to find a bug big enough to survive a meltdown but Hans mistaken the alien for said bug. Thankfully, the evil villains diabolical plans are foiled by the kids father and in return, the candy in the factory is restored and taken by these aliens. But as a token of their appreciation, these lovable aliens give the kids a special skipping stone that will grant them one wish. Let's think. It's the early 90s. What could these kids possibly ask for? 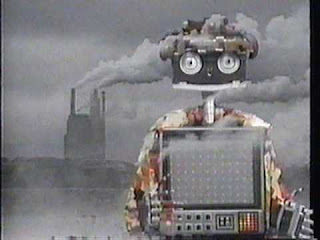 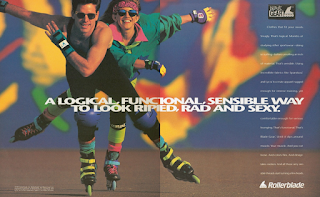 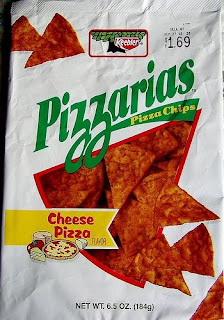 No, but that would've been my choice.

The kids could make any goofy and selfish choice, but instead they just make the right decision and make the lake fill back up and restoring the candy factory back to it's fully functioning state.

Which, in theory is pretty cool, but if the whole town depends on a candy factory, wouldn't that encourage obesity and gluttony? I don't know. I feel like that town would just turn against the all powerful candy factory and destroy it and build a Whole Foods over it some day. Eww.

Sadly, Last Halloween aired only about 2 or 3 times afterward. It never received a vhs or dvd release and doesn't seem to be a high priority on the "must make a bluray" list. 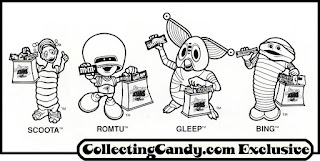 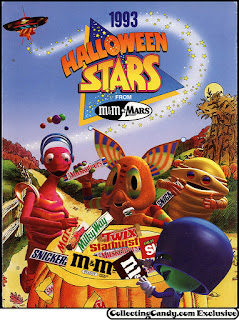 So that's all the fun the TV special had to offer us but don't think for a second the fun truly ends there! No way dudes! It's the early 90s, we had to squeeze every bit of juice out of this. There's a little bit of ET regret on the part of Mars and I wonder if by 1991, they still hadn't gotten over it. Be that as it may, Jason of CollectingCandy did a little digging and found out that these lovable scamps were indeed meant to be the flag bearers for the company during the season. Introduced in commercials a year before in the previously mentioned "Mission To Mars" campaign, which was an almost prequel to the TV special. Mars kept these guys around for a few years and would get some fun mileage out of them, but sadly they've got forgotten except those who still love and cherish this special. I'm sure it's a bit of a stretch, but every Halloween I always hope for Mars to bring them back. They just look so cool! MARS ARE YOU READING? PLEASE BRING THEM BACK!


Thanks so much to my buddies Sammy Hain, DinosaurDracula.com and Jason of CollectingCandy for their assistance of this article! Truth is I have been wanting to cover this for quite sometime and I'm glad I got it out! Thanks to everyone who assisted! :)