on July 04, 2017
Happy 4th of July, everyone! I hope today is filled with fireworks, hot dogs and burgers, that tasty chocolate pie your aunt always brings to the cookout and of course, cannonballs in the pool! Don't get me wrong, it's a great way to truly ring in the summer, but for me to celebrate 4th of July, I can't help but think of a Real American Hero! A man who has helped vanquish the evil doers and send them back to their homelands. A man who knows the true value of patriotism and all it means. I can only mean...SGT. SLAUGHTER!!!! 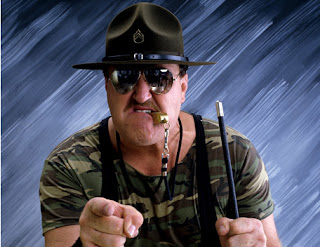 Sarge was a pretty popular wrestler in the 80s and helped destroy the evil efforts of many evil foreigners like The Iron Sheik, Nikolai Volkoff, Boris Zukhof and Kamala. But after a while, he left  wrestling for greener pastures and would gain fame via other ways...

While he beloved in the wrestling world, I have to imagine that more people came to know him more thanks to his involvement in GI Joe. I mean, there's no one who was around in the 80s and 90s that doesn't remember Sgt Slaughter shilling these awesome toys! He'd appear in the cartoon, the movie, in commercials and of course, he had his own toy! 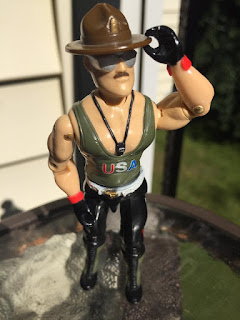 While Snake Eyes was the most popular figure to come out of the line, the big man was the one that brought the line the most attention. His enthusiasm for it really shown through. Otherwise, there's no way we could believe that some giant of a man from North Carolina could truly destroy Cobra. If those snakes were gonna send Serpentor out into the world to destroy us, we could rely on the big man to take ol' snakebrains down a few pegs! But that's not the only way Sarge would pay the bills. No sir. Our hero was no fool, in fact he was a business genius. He knew how to cash in on his own brand. In fact, I tend to remember a GI Joe birthday party in 1989 with him front and center on all the decorations. 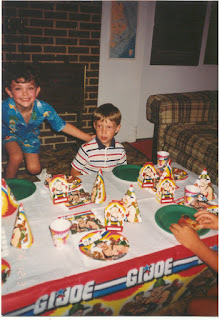 Yes, I dressed in clothes Weird Al would scoff at. 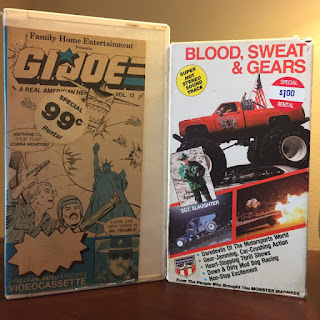 In between cracking Cobra skulls, the man with the iron chin would also take on other roles. He made a video where and his corps would battle Bigfoot in a tug-o-war, appear on the Super Mario Brothers Super Show and...yes, much like Rodney Dangerfield, Mr. T and even Freddy Krueger, Sgt. Slaughter even put out a novelty album! In 1985 we were blessed with "Sgt. Slaughter Rocks America" of absolutely ridiculous, yet oh so patriotic songs!

He became one of the most popular icons in the 80s and continues to be quite the popular attraction at minor league baseball games, wrestling and comic conventions and is really one of the nicest people you could ever meet. I've met the man twice and I can never run out of items for him to sign and always hop at the chance to get another photo with him! If you ever get the chance to meet, do so! 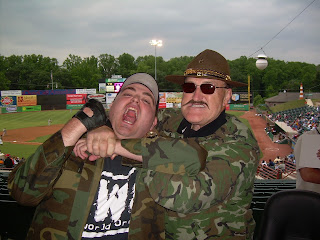 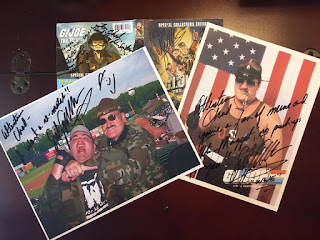 It seemed the 80s were a time of larger than life characters and those on tv were the biggest! Hulk Hogan and Mr. T are two perfect examples, but few maintain and embrace that persona to this day like the Sarge. He's proud of all he's accomplished, he loves meeting fans, and loves hearing stories about the impact he had on us. 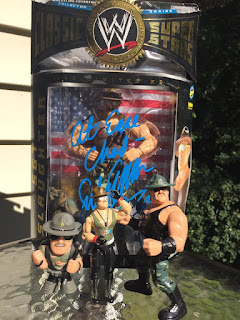 So as yous it outside with a nice, cold beer and a burger, remember all the times Sgt Slaughter beat up Cobra!


AND THAT'S AN ORDER!