on May 18, 2016
Of course it's still #WizardWednesday, over on the HorrorMovieBBQ Facebook page (plug, plug) and in honor of the new that we are only a week and a half from Ecto Cooler and the fact that we got an even more hilarious Ghostbusters trailer got released, I figured it's a good time to share this! Now before you ask why I'm sharing an Ecto Cooler box...well...when it comes to The Wizard, there's no greater mascot and representation of that movie than the Power Glove. 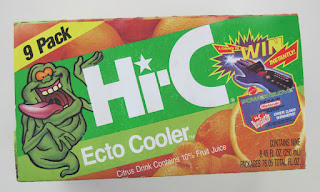 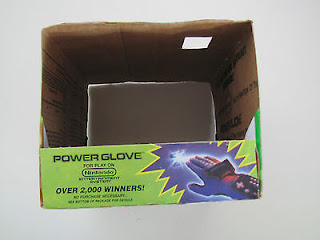 No, your eyes do NOT deceive you. Ecto Cooler actually had a contest where you could win the Power Glove. Yes, you! No, not your little brother. YOU.

That's too much bold font for one sentence. But isn't worth it?

All you had to do was drink your weight Ecto Cooler and you could've possibly, maybe, through some magically slim chance, been a lucky 1 of 500 people who walked away with a Power Glove. But I mean as a kid, come on...how awesome would it have been to say "Yeah, I have the Power Glove. I won it from drinking Ecto Cooler". My fiancee once won a Sega Genesis in a Kraft Mac and Cheese contest. So it IS possible, I'm just not one of those lucky few. But if you did, I consider you king of the playground and King of the 80s. Take that Rick Springfield. Your King of the 80s crown has been taken. 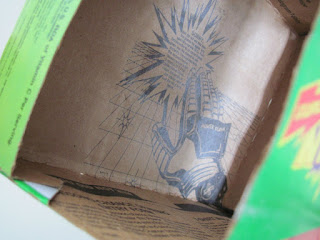 I only vaguely remember this contest, but it goes without saying that the crossover appeal between the brands is enormous even by today's standards. I'm sure I tried to enter but lost. But hey, I'm sure I had no issue with all those juice boxes though. I already see no better way to market juice to children than with Slimer but now add a chance to win the elusive Power Glove? Dude. Come on, you were already buying the juice, but this would've ensured you to rip open the box by the time you were sitting in the box of your mom's station wagon. I mean, sure, mom would've been pissed but this is a win-win situation. Even if you lost, you had delicious Ecto Cooler. So, as a kid, there is no losing. 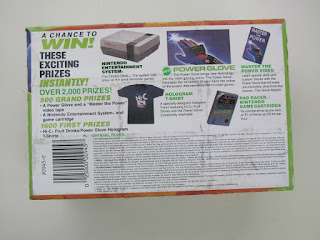 So on top of a Power Glove, you also won other cool stuff too. A poster, an NES itself, A Rad Racer game, and a Power Glove video called "Master The Power" a proverbial instruction and "hot tips" video on how to use your new gauntlet of power. Now, I'm ok with never owning a Power Glove, but I need to find this video. Someone have one? Email me, please!

And of course, 1600 people walked away with an Ecto Cooler/Power Glove hologram shirt. Which, despite the hologram, couldn't have been the best choice of clothing. It's essentially saying "Oh, hey, I'm a bronze medal winner and proud of it". That said, I'm sure those shirts go for a LOT now.

Final thoughts: this very well could be the greatest contest ever. It represents everything about that era so perfectly. As I said, if you were a kid, you loved Nintendo and Ghostbusters. So, what was not to love?

And as far as I'm concerned, we're in 2016, people, why don't we have a Power Glove that can dispense Ecto Cooler? Let's make it happen. I know a lot of smart science-y people. If anyone can happen it's you. I'm a firm believer that's why Kickstarter was invented. SOMEONE. MAKE THIS HAPPEN. NOW.