- April 17, 2016
So I made a fun trip to Syracuse yesterday. Now, it usually takes a lot for me to drive to this big beautiful city but today was the most spectacular reason.... 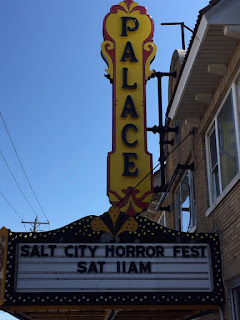 This is now the fourth show I've attended and every year, I get more and more excited as if I was going to my first. I discovered this in 2012 through multiple friends who had been attending for a while, so being new to the Rochester area, I knew this would be a good place to make new friends as well as hang with familiar faces with great horror movies(only being shown in 35mm!) as a great background noise. It's definitely the best horror film festival I've ever been to. And it's held in an older theater that most likely hasn't been cleaned since the 90s. And that's part of the charm. Well...until you use the bathroom. 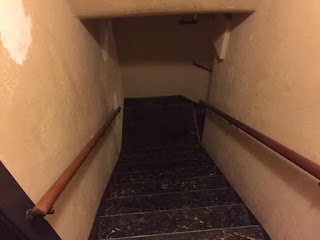 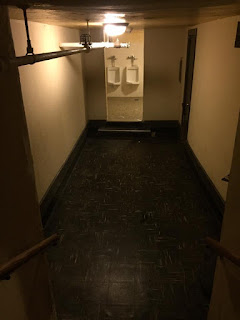 IT'S A FREAKIN' MAUSOLEUM PEOPLE!!!!! THAT'S NOT A BATHROOM IT'S YOUR TOMB!

Not only is the bathroom awesome, but so are the vendors and actors that show up. Heck, even the Ghostbusters showed up! 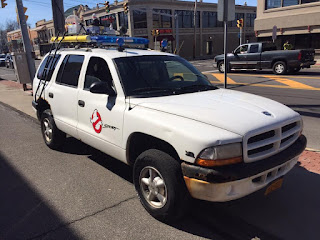 Usually the lineup is a good mixture of horror/scifi/comedy and maybe an obscure movie sandwiched in between somewhere for good measure. This year's lineup consisted of all that and celebrity appearances. Check it out:

Yeah, it goes until about 4 am and can be grueling, but people stay there the whole time and have a great time. Me? I stay just through the first two movies or so. Usually I come down for one movie and spend the rest of the time just palling around with my buddies in attendance. The big thrill though...well...one of them... 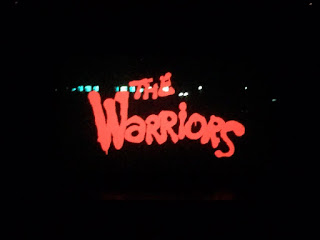 I love the Warriors. It's such a fantastic and perfect movie. It's a movie that I've seen so many times and fall in love with it every following viewing. I've only seen the dvd version that was released 10 years ago so to see it in it's original uncut form was awesome. The action, the drama, the way NY looked in the 70s. It all became bigger and better.

Oh and Mercy...Holy crap. She looked even hotter.

One of the few celebrities in attendance was Pittsburgh legend and George Romero favorite John Amplas. I got to meet him outside and because of being his friend on Facebook, he recognized me and we immediately began chatting. John had never been to Syracuse so this was something new for him. We got to discuss conventions and our love of Pittsburgh artist and my friend Terry Callen! 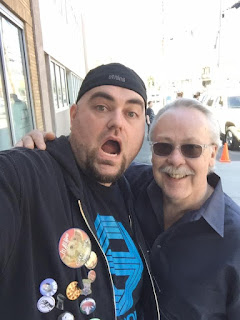 After munching some popcorn and donuts from the local Salt City Donuts with Sean of VHSPS, I decided to check out John Russo's hidden gem called "Midnight" starring John Amplas and Lawrence Tierney. I had never heard of it so discovering a new, obscure horror movie is also a huge highlight. And boy what a gem it was! It was a very low budget movie about a hillbilly/satanic cult that sacrifices girls to Satan. Holy cow, was it awesome!

I was getting a little tired so I decided I wanted to head back down and take a small VHSPS break and scour their selection with Jordan Garren of B-Movie Film Vault, someone who helped me launch this very blog after I gave it the HMBBQ name. I've always loved Jordan's work and respected his opinion so it was a no brainer that we'd spend 2 HOURS looking at obscure and out of print movies and laughing at each other's terrible taste.

Of course, I can't head out the door without walking away with some VHSPS goodies. And I picked up some real good ones. I've always wanted to see Blood Harvest and Pin, so who better to buy them from? 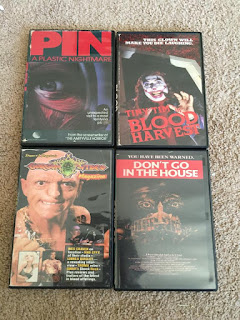 After chatting with Jordan and Sean, I had to leave. I had gotten super tired from a busy week of work and it was catching up with me. So I bid farewell to my friends and hauled butt back up to Rochester. But not before we got a sweet picture together! Witness the awesome! 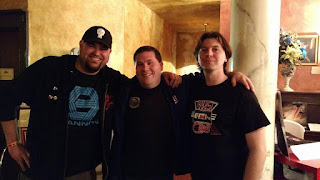 Definitely a great time had by all. Great movies, great people, fun chats and food. If you're in the area, make the trip to the Palace. SaltCityHorrorFest is once a year but in September the Palace will host a Star Wars film festival, in which you can see the original trilogy on the big screen! Get more info here!

PS-I don't know who left these ancient promo stickers on a table with flyers, but I now own Evolution, Meet The Deedles and JNCO stickers and for that, I thank you. 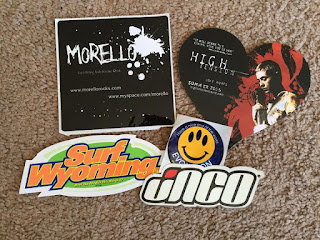