- August 01, 2015
So, there I was buying a sub for dinner at Wegmans yesterday. It had been a very long and strenuous day of moving to my new place and all I wanted was to finish my day, eat some food and watch Wet Hot American Summer. But that wouldn't happen. Right as I was about to pay, my phone went off with a text from my friend Tanski of UnderScoopFire saying that my lifelong hero, wrestling icon and overall nice guy, Rowdy Roddy Piper had died.

Well...to say this was a blow was an understatement. After reading this text, I immediately scrambled online , hoping it was just a hoax or a joke or something. No. Sadly not. This time it was true. Still in Wegmans, I began to tear up. This is not something I was ready to handle right now or ever.

Roddy has been my hero since I was a young child. After my father died in 1989, I looked for a lot of heroes to look up to. Roddy fit the bill. He was rough, he fought for pride and much like my father, Roddy was from Scotland. He reminded me so much of my late father, it was almost like everytime I heard the bagpipes and saw him come out, it was like I was watching my dad. Now, they don't resemble each other in the least, but the Scotland connection was enough for me. When he won the IC title in 1992, I was so happy. He finally, after all these years, got what he deserved. 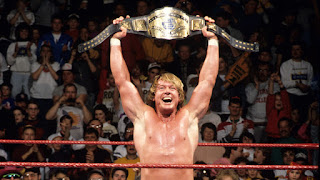 After losing the title to Bret Hart at Wrestlemania 8(my favorite Wrestlemania of all time), he left and would make a few random appearances. Even more fun, on Fathers Day 1994, he made an appearance at King of the Ring in Baltimore to take on that loudmouth Jerry The King Lawler! My mom and I attended but had to leave early as she had work in the morning, so I didn't get to see him get the victory of the King. But knowing he had his first match in 2 years in Baltimore, is still awesome.

Roddy showed up a few more times in both WWF and WCW, and I'd always get excited to see him. Even to the his last appearance on WWE, whether it was yelling at Vince or a Pipers Pit. But what left the biggest impact on me would happen in 2004. When I got to meet the ICON himself...

Chiller Theatre 2004 was an important show. It was my first horror convention. You always remember your first and boy was it memorable. I got to meet Adam West, Julie Newmar and Frank Gorshin from the legendary Batman 66 show but most importantly, I got to meet Roddy for the first time. He was happy to shake everyones hand, get to know them, joke around and tell stories. It was the highlight of my weekend. I even bought the legendary "HOT ROD" shirt from the man himself! 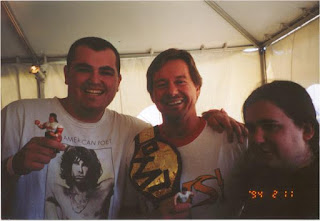 At my first Monster Mania in 2008, I also got to meet him with my friend at the time Tony. Tony took up most of the conversation, which was ok. My mindset was "Well, Tony has never met him, so let him have some fun". But, hey, hey put me in a headlock! You can see how excited I am! 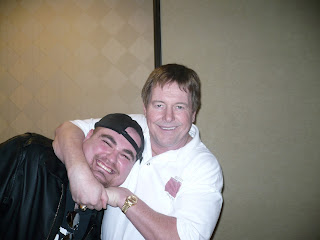 In 2011, I got to meet for what would be the last time at Horrorfind, which was my birthday weekend as well. I've always wanted to tell him how much he reminded me of my father and I finally got to. At one point I actually started tearing up in doing so. He grabbed me, gave a huge hug and told me he loved me and how honored he was. We talked more about my father as he was genuinely interested, which meant a lot to me. I'd run into Roddy later and introduce him to my girlfriend Laurie and he was very kind to her and even took a photo with one of her dolls! The fact that I had such a great experience and he was so kind to me and my girlfriend meant the world to me. I mean, I hadn't had a bad experience in the three times I met him but this was my favorite meeting. 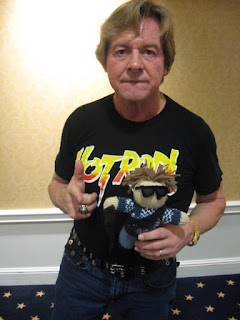 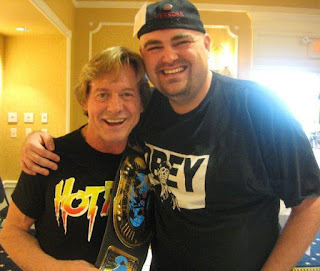 The world won't be the same without Roddy. Plain and simple. He was one of a kind, in and out of the ring. While Hulk Hogan was a hero to plenty of people, for people like me who wanted to believe in someone more down to earth, Roddy was our guy. He fought for what he believed in and took no crap.

And now, it's time to say goodbye. It just sucks  realizing that I'll never be able to see him on tv or even meet him again. Which sucks. At the same time, it makes me realize all the great times I spent watching him and meeting him were worth it. Those memories make me smile more than they do make me sad.

Thank you, Roddy. For everything. Whether it was in the ring or on the movie screen in one of my all time favorite horror movies, They Live, you were the hero and role model I needed at a time when everything was just so terrible. You may not have won that world title, but to me, you will always be the greatest champion in my mind. I love you, Roddy. 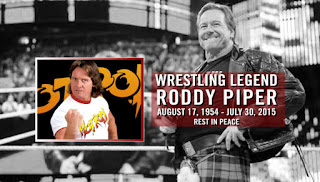