on June 11, 2015
Well, despite a terrible back injury, I made it across the Canadian border this weekend. Why would I risk further harm on my spine to go into Canada? Why, Niagara Falls Comic Con, of course!


My friend Tony and I drove up Saturday for the chance to experience all that there is to experience about this show. Never been, so didn't have a lot to lose. As I mentioned in a previous post, I also haven't done a comic con since New York Comic Con 2007. So 8 years later, comic cons have gotten more hectic and mammoth. The good news was that the convention center was much smaller. The bad news was that the line was wrapping all around the building and looked as if parking was filled to capacity. But, after driving around and temped to give up, we found a spot across the street at a local church.

Upon entering, cosplayers began zooming by us and immediately began to amaze us. These weren't just any run of the mill Halloween costumes from Kmart. No sir. These were some of the most fun and out of the ordinary characters of all corners of pop culture and geekiness. The dedication and creativity that goes into these costumes always amaze me and this weekend was no different. Here's a fun sample of just some of those costumes:


Celebrities are a huge part of any convention and NFCC was no different. While I didn't have the finances to meet and greet every famous face in attendance, I did get to meet the one name I was determined to meet. The downright gorgeous Cassandra Peterson, Elvira herself. She had the biggest smile and a handshake for everyone coming to meet her. She was a real joy and took the time to chat with everyone, despite having a rather lengthy line. 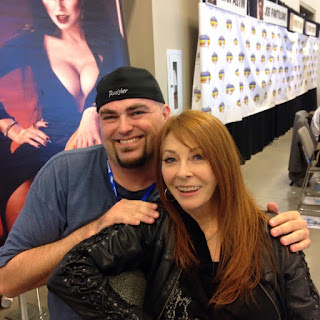 It's called "Comic Con", right? So, I gotta stop by and meet some fancy pants artists and writers. And no bigger name in that field([to me, at least) was Gerry Conway, co-creator of the Punisher and Firestorm. Now, at first I was a little put off because unlike others in the artists alley, he was charging $5 per signature, but I wasn't leaving Canada without meeting the man behind Frank Castle. I had to meet him. So I went up to his table and we discussed the creation of the Punisher, Firestorm and other events in his career. He seems very genuine and open to chatting with fans. I have NO regrets. He signed my Punisher Funko and I even got a photo with him! 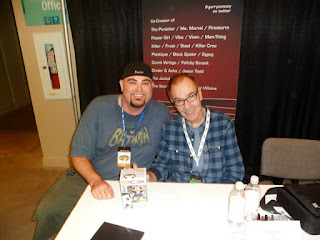 There's a certain intimacy meeting comic artists and writers that you don't get when meeting the celebrities. And these are the people who have the most entertaining stories. So, if you get a chance, stop by the artist alley and hear some fun stories about the origins of your favorite characters!

Another great part of my day was when I got to sit inside of the legendary KITT of Knight Rider. And this beauty was even signed by David Hasselhoff himself! 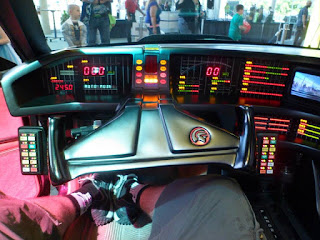 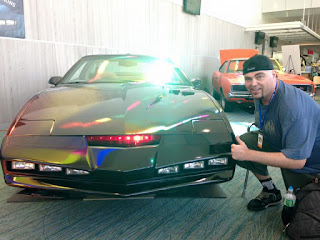 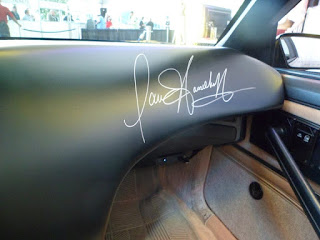 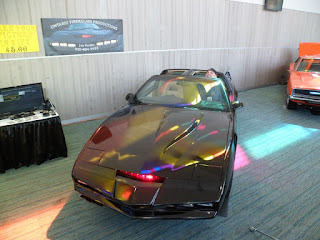 Vendors room was packed to the brim with goodies. My friend Tony picked up a few nice prints and I picked up a nice item that never in a million years would I have gotten anywhere else for the price that I scored it at. But, I'm gonna make you wait, because this is quite the find. And I feel bad about not doing a Friday Finds last week. But this will make up for it.


All in all, if you're looking for a nice, smaller version of one of the bigger shows, Niagara Falls Comic Con is the place for you. Due to my back and Tony needing to come back home sooner, we didn't have more time to look around more and hit up a panel like we would've wanted to. But, if this year was any indication of things to come, we'll be back next year and be even more impressed!