A few months ago, my friend John Squires(of FreddyInSpace) and I discussed our sadness for certain figures from movies that were never produced. A lot of great ideas sprung from our discussion. After a while I reached out to a lot of bloggers and writers I love and respect and offered them a space to rant about the figures they wish were produced. So, I give you, Figures Cinema Forgot! Enjoy!-Chad


Top Ten Characters That Deserved To Be Made Into Action Figures 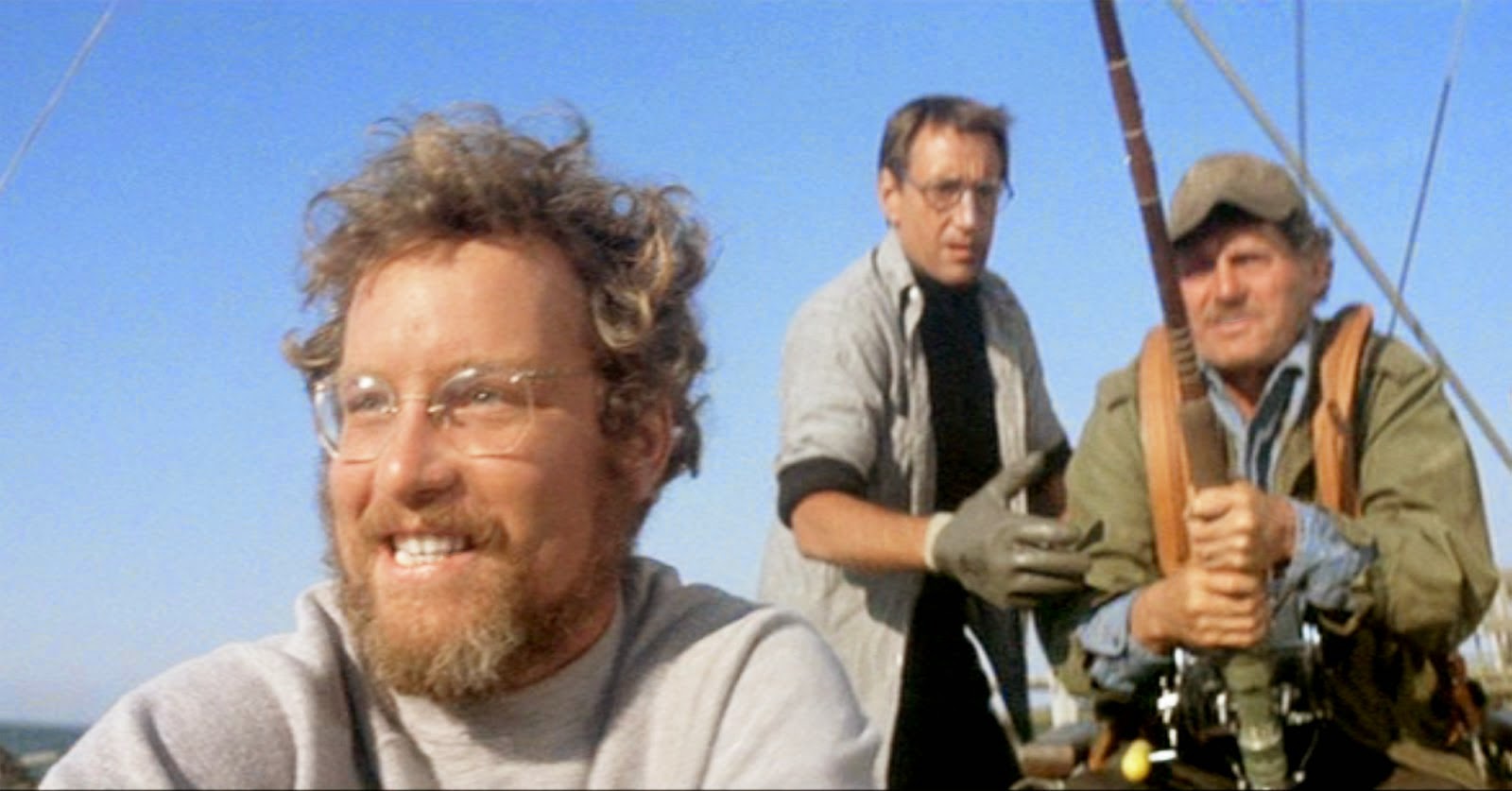 1) Chief Brody, Matt Hooper, and Quint - Jaws
- Yes, we did get the McFarlane series 4 box-set of the Orca sinking with Mr. Bruce the shark himself swallowing Quint. A true thing of beauty. I feel with Jaws still being just as popular as it was nearly forty years ago, selling the three main characters separately along with a new and improved twelve inch shark, with attachable barrels would be complete gold. I mean Hallmark all ready released a Jaws ornament so it goes to show the market for this movie is still going strong. Chief Brody could come with his handgun and riffle he uses to destroy the beat at the end of the film. Hooper could be dressed in his scuba suit and anti-shark cage. Quint could come with his machete, and mini chalk board with that awesome shark eating the stick figure drawing. Here's to swimmin with bowlegged women! 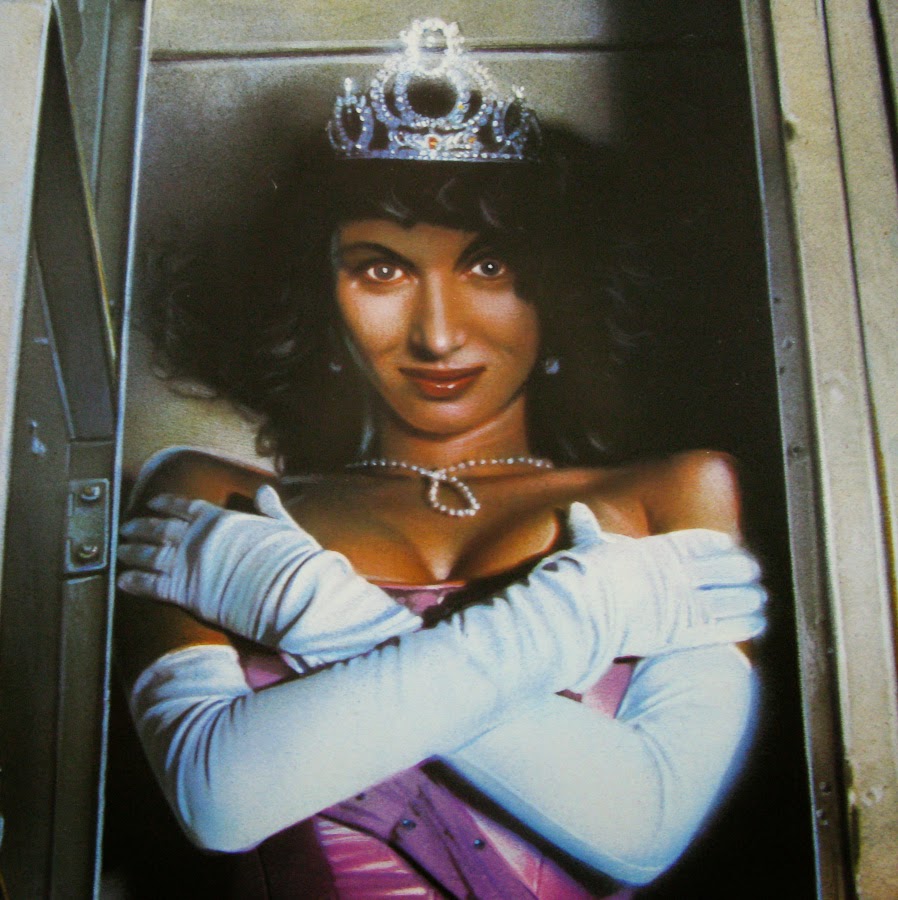 2) Mary-Lou Maloney - Hello Mary Lou Prom Night II
- One of the most underrated sequels from the 1980's. This is a doll that I believe would sell like hot cakes at local horror conventions. Instead of doing a pretty Mary-Lou, I would release an action figure of how she looks right before she goes down in flames in the 1950's with the better half of her burned away. This is a figure where detail would be most important. Her accessories could be her sash, and of course her crown. For once a strong awesome female villain could get their moment to shine. 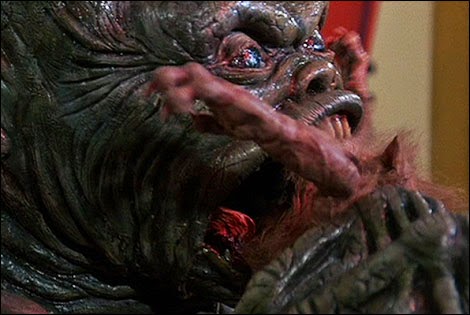 3) Giant Ghoulie with mini Ghoulies for him to eat! - Ghoulies II
- I'm sorta stunned that there isn't any offical Critters or Ghoulies dolls or figures. In fact besides custom figures, you won't have any luck searing for these furry and slime covered creatures. One of my greatest guilty pleasure movies is Ghoulies II and I think it would be a riot if they ever did a SE edition double release for Ghoulies 1&2 and release a limited release of a six or seven inch figure based off the giant Ghoulie that stalks the fairgrounds at the end of part II. I would have it come with a base with a pentagram on it. The best feature of this figure is that the giant Ghoulie's mouth opens and it's stomach is made out of latex, so it comes with several tiny versions of the other Ghoulies that you can put in the big one's mouth and have him eat.

5) Jack Sr with several changeable weapon accessories! . - The Mutilator
There should be more toys/figures based off underrated slashers from the 1980's. There are so many killers that deserve their moment to shine it's not even funny. One of the lesser known killers I believe that would be truly awesome to see would be a figure based off the father killer from The Mutilator. This would be another limited release for true hardcore horror/slasher fans. The changeable weapons would be the greatest part, he would have his battle axe, saws, and of course giant fish hook! 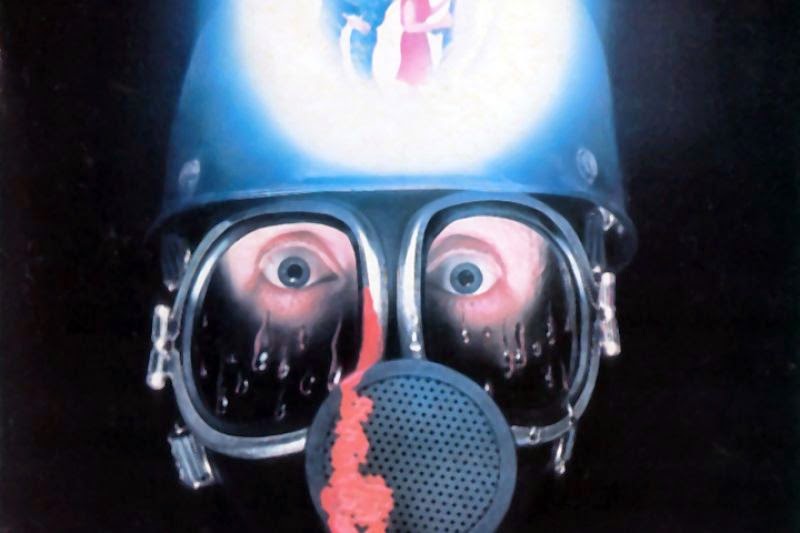 6) The Miner - My Bloody Valentine
Another favorite slasher killer of mine who deserves an official figure release no matter what size. This movie is still very popular among horror fans and even found a new audience with the 2009 remake. The miner could come complete with his famous pickax and bloody valentine heart shaped boxes. 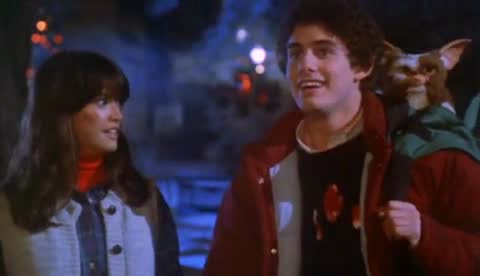 7) Kate and Billy + Gizmo holiday box set  - Gremlins
- There are hundreds of Gremlin dolls, in fact in the last few years almost every single Gremlin featured on screen has gotten the figure and toy treatment. In fact even the lighting Gremlin from The New Batch even got a toy. These things have been popular and huge sellers ever since the movie was released back in 1984. Now thirty years old this year, I feel right before the holidays it would be fitting to get the ultimate box set based off the original movie. This would feature Kate, Billy, and in his backpack a little mini Gizmo. Trust me, I would buy six. 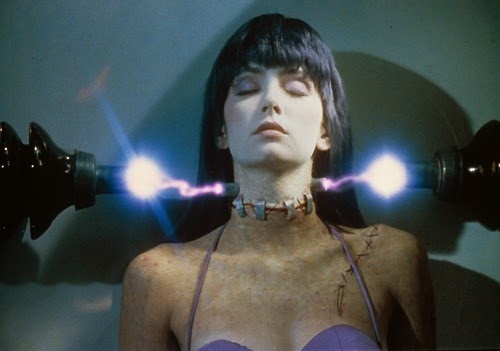 8) Elizabeth Shelley with removable parts! - Frankenhooker
- This was a huge toss up between this movie and Brian Damage. I feel having your very own Frankenhooker doll would be a horror fan's dream. Just think, having a figure that has a voice box and with a press of a button you get her famous catch phases. "Wanna date?" "Got some money?!" Purple has never looked so good! Also with removable parts you can stick off and on! A perfect gift for Valentine's Day. 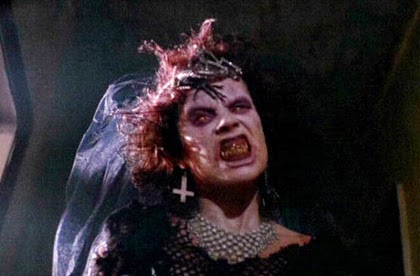 9) Angela, Suzanne, and Stooge with changeable heads - Night Of The Demons
- A truly awesome release for Halloween would be figures based off one of the best October themed horror movies of all time! This could either be sold separate or as a box-set, the Night Of The Demons figures could become a must for any horror fan out there. These awesome figures could come with changeable heads so you can chose to either have the regular teens or the possessed teens. Another awesome bonus would of course be a mini boom box and pig nose for Stooge, a tiny mirror with a demon painted on it for Angela, and a little lipstick for Suzanne. Each doll should come with a tiny plastic apple with a little razor blade stricking out of it. The packing could also have artwork or design based off the opening credits! 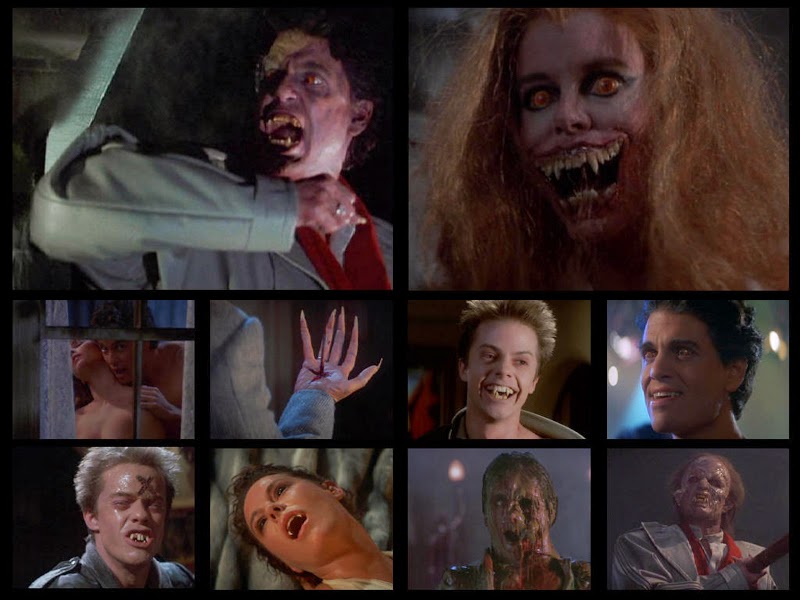 10) Jerry, Evil, and Amy boxset - Fright Night
- I can take at least fifty people right off the top of my head who would sell out some serious money for a dream box set like this. Yet again you could sell these all together or separate. Jerry turned as the vampire, with that long trench coat and scarf maybe even his demon bat form with him. Evil Ed with the burned cross mark on his forehead and maybe a removable red doll wig. "His dinner is in the oven!" and of course Amy with that dazzling huge smile of hers!


-Thanks to Stacy Still of StayStillReviews for stopping by! You can keep up with her love of Jaws, Waxwork, Christine, and everything Zach Galligan  at here Facebook page as well as her blog!
Frankenhooker Fright Night Ghoulies 2 Gremlins Hello Mary Lou Prom Night 2 Jaws My Bloody Valentine Night of the Demons StayStillReviews The Mutilator