Hostess, Please Bring THESE Back!


So, Hostess announced this week that the elusive Chocodiles would be coming back on a national scale. Why is this such a big deal? Well, as longtime Hostess fanatics will tell you, they haven't been available on a nationwide basis in quite sometime. In fact, the only recent discovery I could even find is when Matt of DinosuarDracula found a way to obtain a box filled with them. You can read that particular adventure at this link. Truth be told, I had never heard of Chocodiles until Matt had posted his adventure. Which is odd in itself considering what a devoted Hostess-ee I am. Or is that Hostess-Host? Eh. I'm not too good at these things so I'll leave it at Hostess-ee. So, as you can imagine imagine, chocolate covered Twinkies were quite the world shattering idea to me the first time I discovered their delicious existence. Since Matt's article, I have never been able to even find ANY Chocodiles outside a site called "Fresh Chocodiles" which allegedly sold them fresh from coast to coast. Now, personally, I've never heard anyone who bought them but I have serious issues with ordering treats online. Nothing personal. I just don't trust it. I'm sure it's reliable though.

So, nonsensical paranoid rambling about having snack foods delivered aside, the news about Chocodiles epic return is pretty darn huge if I may say so myself. Since the Hostess reemergence last year, speculation was rampant as to whether we'd see familiar products come back. Obviously the choice to bring others back depended on sales of the returning treats. And I'm guessing it worked, because Chauncey The Chocodile will soon be hitting the nationwide shelves for the first time in decades. I'm very excited, despite giving up on Twinkies due to my dieting, but I've never had a Chocodiles so this will be my special cheat. And for me to not take advantage of this would be downright silly. Finally after 11 years after my discovery, I get to stuff them down my gullet.

But the question arises. If Chocodiles come back, what other products can be considered for a return? Well let's sit down, grab a glass of milk and a Chocodile and talk about what other offerings could return to our pantries... 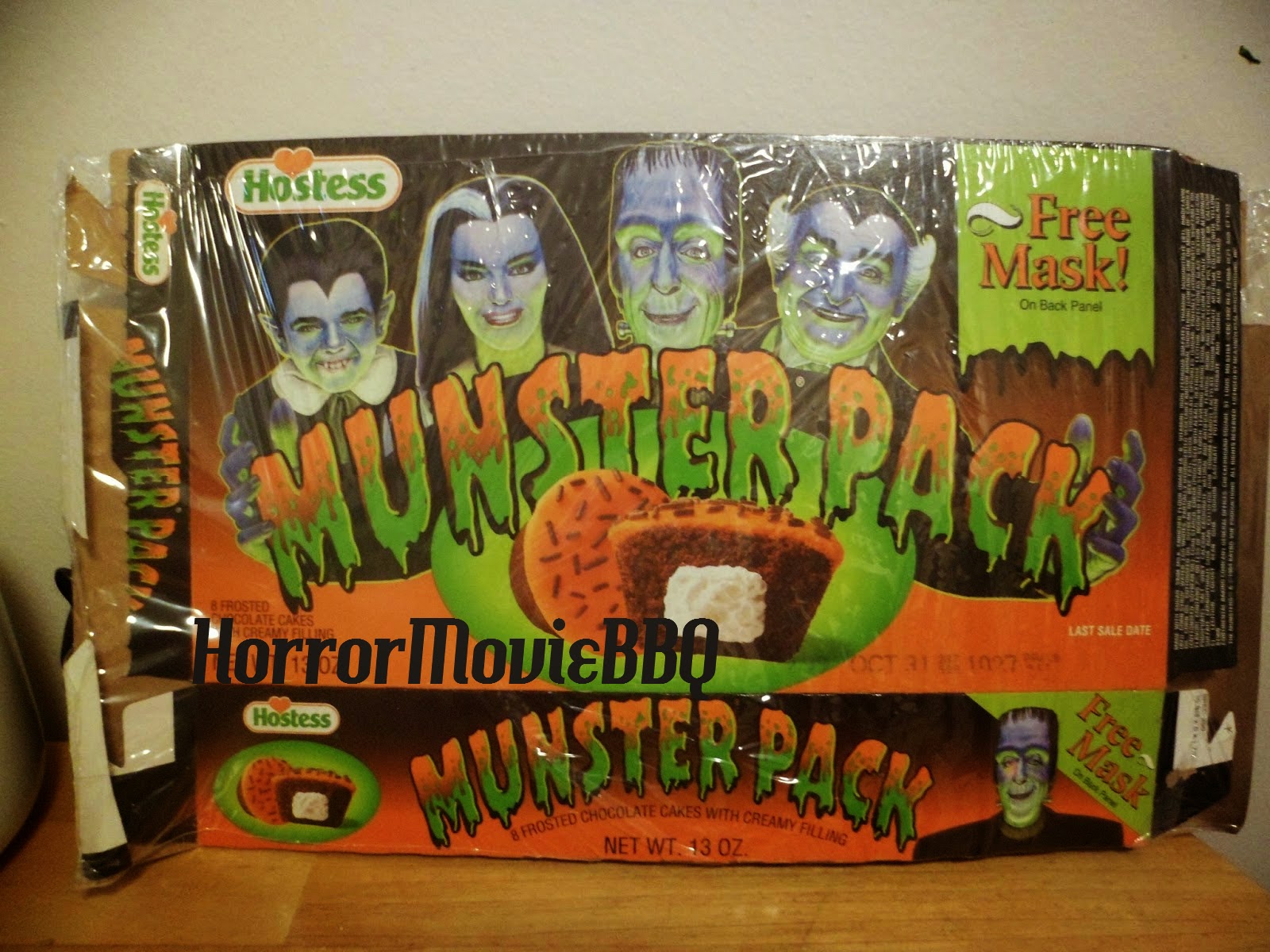 I did an entry a few years ago on my love of Hostess's special Halloween offering. Monster/Scary Cakes, whatever they may be titled, were a once a year treat during the Halloween season with a special orange colored frosting that tasted a bit different than the normal orange flavored or chocolate variants. This frosting tasted a little thicker and a little plain. But the lack of the creamy swirl was made up with black sprinkles. This gave it a very special taste and feel that you could always look forward to. .

GLO Balls, much like their cupcake counterpart, were simply Snoballs with an orange colored marshmallow shell. Unlike the Monster Cakes, these didn't taste any different than the usual Snoballs during the year. But, the bright orange color scheme helped add to the Halloween season. As much as I love Monster Cereals, these were THE Halloween treats to look forward to.


If you were a boy in the late 80s/early 90s, you had Turtle Fever. And anything that had the Turtles on it, we owned. That included food. And with the exception of the cereal, no better Turtles related food than the Hostess pudding pies. Yes. Pudding pies. I had one of these in my lunchbox for almost a year. They were delicious vanilla filled pies with a green crust. They were a reason to look forward to lunch, besides trying to make Joey Gonzales blow milk out of his nose while doing a Balki impression. Much like the great Balki, these pies would make anyone break out a Dance of Joy. Unlike, Balki, they didn't last long on the shelf. They were really just made as a promotional tool for Ninja Turtles 2 in 1991 and shortly afterwards, went away. But the delicious taste stayed with us forever. Sure, they were the easiest formula int he world, but man they were awesome. And...just saying, Hostess...there IS a new Ninja Turtles movie coming out... 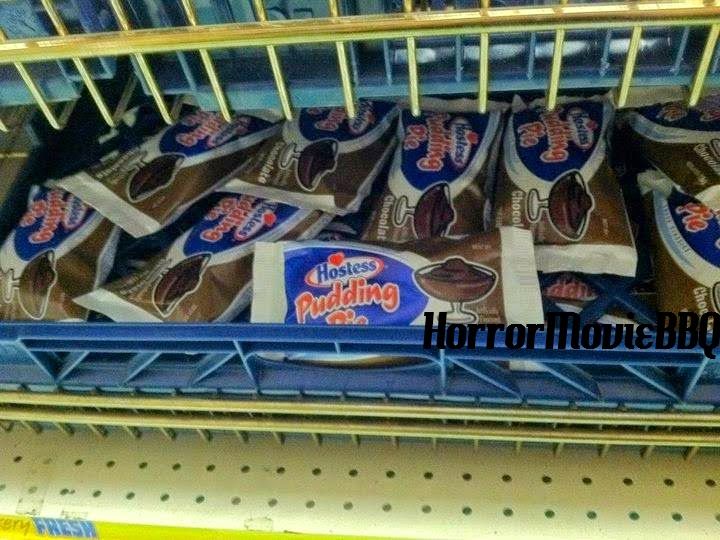 Ok, so following those Turtle pies would've been hard to do. But, in the years since they've disappeared, these were produced to satisfy our wanting pudding pies. Sure, we had fruit pies, but comparing them to delicious pudding filled pastries is downright silly. So up until about 2012, Hostess made these pies with the similar formula. A sugary coated crust with chocolaty pudding goodness shoved in. I've always been a chocolate guy, so the difference never bothered me. These were the most recent link we had to those Turtle pies and they were delicious. Other companies have tried to emulate the recipe, but none have even come close. Out of everything else, I'd image this would be the product we'd have the best chance of getting back.

Superheroes are in right now. Everywhere you go, there's at least 50,000 superhero branded products. In the 70s though, superheros teamed up with Hostess to take down their toughest and most deadly foes. Spiderman easily defeated some dork named Hotshot simply by throwing a package of Twinkies at him. Yup. Google it. If it were this easy to defeat evil, we'd be living in Utopia. But, since it's not the 70s anymore, superheroes have to rely on skill as opposed to snack cakes. I'd love to see these silly/awesome ads make a comeback. Imagine Tony Stark destroying Ultron with a pie or Superman sending Lex Luthor to jail in modern comic style.  It would be amazing to see and read a modern fight end with a Twinkie. And who knows, if we can see Chocodiles come back, anything is possible.


TWINKIE THE KID AND CAPTAIN CUPCAKE: 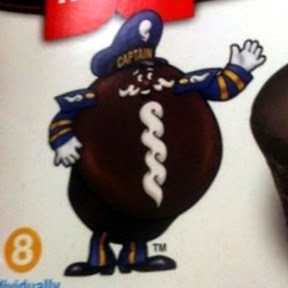 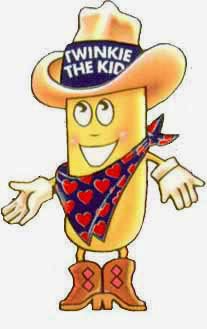 Ok, Twinkie The Kid is still on boxes, but he doesn't play as an important role as he should. I feel like the days of depending on mascots to sell things are long gone. And it's a shame, because these mascots are too adorable and happy looking for their own good. Positivity practically pours of the spongecake cowpoke. Look at him. He's so cheery, he's cheeks are red. Have you ever seen a red Twinkie? No. You know why? Because he's one of a kind. Just like he's colleague, the Captain who seems like a rather caring authority figure for the kids to look up to. Surely they could use a decent comeback. We've seen a lot of bad mascots come and go, but these two are up there with even Ronald McDonald as most loved. I understand the world we live in now is rather health-obssessed and concerned about what we present to children, but I dare you to have a bad day after looking at these two characters. Loveable enough to merchandise them and not make it overkill.  It's been years since we've seen them in commercials, so if Hostess was looking to make an even bigger impact, I'd wager that seeing these to high fiving Chauncey to Chocodile in a new CGI commercial would bring in a lot of love. Just think about those three high fiving and you tell me it would be a bad idea. You can't. It would undeniably awesome.


So, that's my list. I have a lot of fond memories and love for these items. I'd love to see them all hit stores again. With the return of Chocodiles, anything is now possible. So don't let us down, Hostess!!!