The Joys of Being a Sleepaway Camp Fan 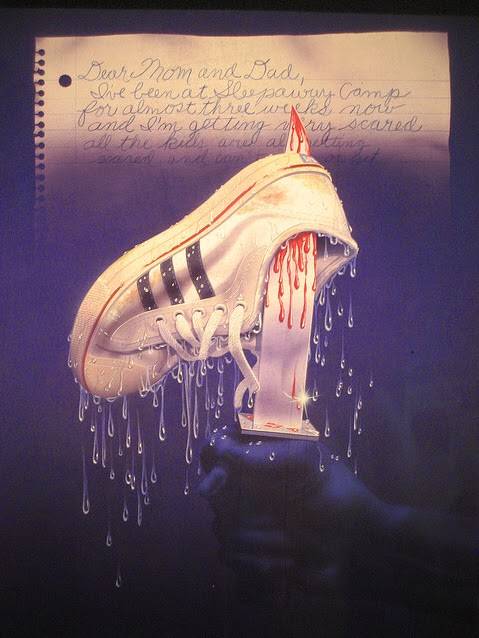 I discovered the joys of Sleepaway Camp just a mere 12 years ago during a very fateful trip to my local video store. Actually, my exposure with it came via Sleepaway Camp 2: Unhappy Campers. Thanks to the back of the box depicting the sexy Ally being shoved in the porta john by that dangerous Angela Baker, I was officially hooked by the second I looked at the screen shot. Sure, starting off with a sequel is usually a bizarre way to get hooked on a film series, but this was the way it was meant to be. It turned out to be just what I needed at that point in time.


So, shortly after discovering Sleepaway Camp 2, I went back to the store and rented both Sleepaway Camp 1 and 3. Obviously having deep love of 1980's slashers, I instantly fell in love with the first movie. I can't tell you why, but it took me over and wouldn't let go. It was like a weird possession or something. I don't know whether it was Felissa Rose doing a great job as Angela, the bizarre muders in a random summer camp, or just the ending. In all fairness, we can all agree it was most likely the eerie Aunt Martha played by the charming Desiree Gould, who seemed more like she could've been the one responsible for all the grizzly deaths. For what it's worth, the entire cast was pretty good for their experience levels. Everyone involved really put out a great effort to be there best. But, Aunt Martha is my favorite character in the entire series, so I may be biased.

Sleepaway Camp stuck with me from the first viewing to today. Just a few months after discovering the series, the fabled "Survival Kit" was released with all three movies(as well as the found footage of the abandoned Part 4). Elated that I could stop renting the movies and own them all for myself, I bought the set the day it came out for my birthday that year and proceeded to watch the daylights out of. Funny enough, the set would be recalled just a few weeks later due to the Red Cross getting antsy seeing their logo associated with a slasher. Of all the dvds that have left my collection over the years, this is one I still have. In fact, my friend Phil Fasso of Death Ensemble was kind enough to get it signed for me at this past Monday's big screen viewing in NYC by director and creator Robert Hiltzik and the actor who played young Peter and Ronnie.


Around this time, I also became heavily involved in the Sleepaway Camp fandom. Including becoming a charter member of the SleepawaycampFilms.com forum. I'd spend hours upon hours discussing the SC series as well as other slashers. Webmaster John Klyza had a hand in producing the Anchor Bay releases of SC 2and 3 as well as finding the lost footage of what was meant to be "SleepAway Camp 4: The Survivor". It was an interesting experience. It was my first major exposure to the horror fandom as a whole and definitely proved to be a valuable experience in becoming aware of horror. More importantly than SC itself, I learned through this site and many other forums(including the sorely missed Fangoria board, where many familiar faces from every horror board posted as well). In fact, I learned a lot of inside info from Klyza himself. I guess it's safe to say I wouldn't be blogging right now without SC. 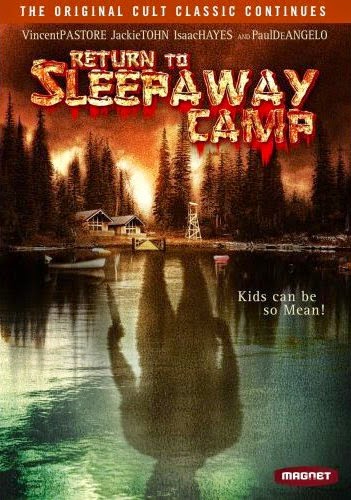 But it finally happened. After many years of rumors of releasing it, the true fourth installment of the series was being released. In 2008 Return To Sleepaway Camp was finally here. I gotta say, I was a fan of RTSC. I know it's unpopular, but I found it to be an entertaining film. It was a good update and had people talking about SC again which was needed for it to survive and cement itself as one of the best series ever. 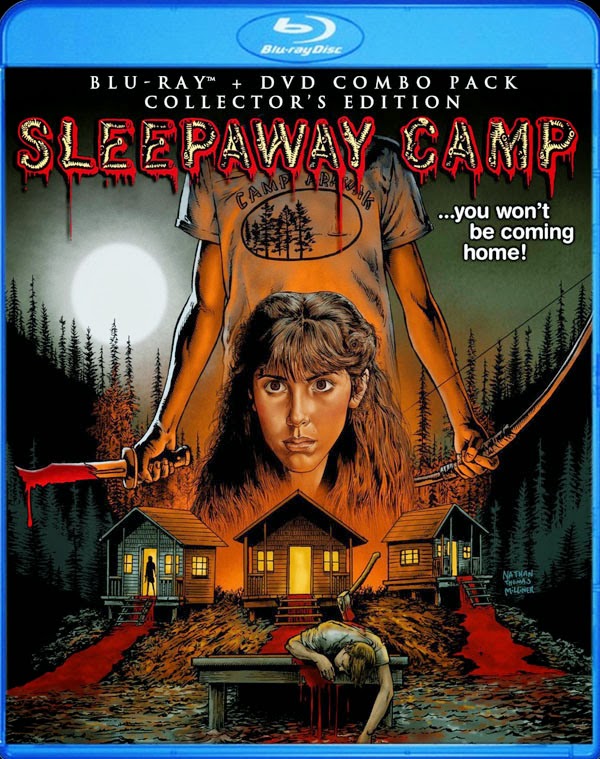 So now, Scream Factory is releasing the end all, be all edition of the first  Sleepaway Camp. Boasting an uncut release featuring a beautiful new transfer and a long list of new commentaries, interviews, a short entitled "Judy", and many other goodies, this blu-ray will gladly a secure spot on my movie shelf the second it arrives on my doorstep. And featuring amazing artwork by Nathan Thomas Milliner, this will be quite the favorite for any and all slasher fans.

Quite frankly, no matter how you slice it, Sleepaway Camp is here to stay. Fans still talk about it's shocking ending and it's often silly lines and kills. But to me, its a series that rivals even the Elm Street series as my personal favorite.


Oh and by the way, yes I skipped over discussing Sleepaway Camp 3: Teenage Wasteland for a very good reason. If you've seen it, I'm sure you'll understand. But if you haven't...well...Sorry...