on April 01, 2014
In the world of pro wrestling, many stories go untold. Being a lifelong fan, I always find it interesting to discover new tales of pro wrestling's most bizarre tales. And it seems new info comes out each and every day. With all the shoot interviews and podcasts, we hear a LOT of out of this world stories that you really can't believe unless you were actually there. And that's just the way it is with wrestling. The backstage drama is sometimes more interesting than what we see on the screen.

Of all the people involved in drama, no other wrestler has been quite the most unlucky when it comes to being passed over for new and big ideas quite like Marty Jannetty. The former Rocker seems to have missed more opportunities than anyone else in the business. While he got to play The Undertaker floating to the Heavens in the famous 1994 Royal Rumble casket match, his mythic career stalled soon afterwards. Today we look at the most epic bad decisions in wrestling that involved the legendary performer in hopes to bring these mistakes to the public's attention.


The formation of the New World Order was one of the biggest events in pro wrestling history in which we saw the big hero Hulk Hogan shed his red and yellow good guy image to embrace the evil sinister black and white adorned Hollywood Hogan alongside Outsiders Kevin Nash and Scott Hall to run amuck in WCW, changing the landscape of wrestling forever. But did you ever wonder who the third man was REALLY going to be? Fans pointed their fingers to Sting, WCW's cornerstone for many years. But the truth is Like With Shawn on top of the WWF, WCW wanted to get some of that Rocker glory by making million dollar overtures to Jannetty. But his undying loyalty to Vince kept him in the WWF until the end of the year. Realizing his mistake by sticking around for the poor un of The New Rockers with Al Snow, Marty would jump over to WCW and job his butt off in 98. WCW closed in 2001. And while WCW sure made a lot of mistakes, not signing Marty to be the third man in the nWo was a moment I'm sure those in the company regret the most, considering how much money they would've made with the former tag team extraordinaire.

GTV will always be WWF's greatest mystery. The rumors of who was behind the hidden camera segments capturing the most intimate moments of WWF superstars and divas was one of the most discussed mysteries even to this day. Fans had their own theories and suggested Goldust was behind it and a return to the bizarre nature of the character was the payoff. But once again, Marty Jannetty was going to be the mega payoff. Orginally used to relaunch the popular superstar, Marty was to debut as the hidden camera men who had been capturing moments for The Undertaker during his Minsitry days. Marty would've been reborn into the Ministry and further revealed as "Martyr Gen". Sadly, by the time Marty was ready to debut, he lost his plane ticket and called Jim Ross, head of talent relations for another one. Jim Ross "accidentally" dropped the phone on the receiver, thus ending the call and GTV was never explained. Instead, Mideon was hired since he made a good brisket and did a killer Mick Foley impression. That and Mideon totally had a sweet leather fanny pack when on tour. Apparently Marty still had a neon pink nylon fanny pack. Maybe that's the whole reason Marty didn't get the job this time. I hear Jim Ross hates pink fanny packs.

In 1993, Arn Anderson and Sid Vicious got in a very lethal battle in the UK during a WCW tour. Its been said that the argument over egos and whether Sid was a real Horsemen. While this sounds all good and great, it's also a total lie. In a rare moment of setting ego aside, Arn and Sid discussed their fond memories of wrestling Marty Jannetty in WWF in the late 80s and early 90s. This is where the argument between Sid and Arn got out of control. Sid took the side that Marty should've been World Champion, in fact destroying the Bret Hart experiment as it was happening at that time. Sid argued that Marty was even more talented than Bret, going as far as calling Bret "A pussy in pink and black". Arn argued that Marty should've beaten Flair, noting his amazing charisma, mullet, technical and high flying abilities were second to none. Sid cried at the bar for four hours and Arn played darts. At 3 in the morning Sid ran up to Arn's dressing room and screamed about Marty's abilities. Arn told him to go to bed and not to crap his pants. Sid snapped and for some reason, he had a pair of scissors in his back pocket. He grabbed the scissors, stabbed Arn and proceeded to crap his pants, all while singing the theme to Hardcastle and McCormick. Knowing this would do damage in the States, WCW ditched Sid and put Arn in stupid feuds with Hacksaw Jim Duggan and the Renengade. All thanks to an argument about the greatest mullet in wrestling history.

Remember WWF's purchase of WCW in 2001? If you were a fan at that time that lived through the Monday Night Wars, you no doubt remember where you were and what you were doing when you received the news. Vince finally put his greatest competition out of business and could rest easy knowing the wrestling monopoly was now complete. Or was it? Perhaps the greatest secret in wrestling history, Vince bought the WCW library for one reason only: to seize the complete WCW run of Marty Jannetty. Knowing that after WCW closes it's doors, bootleggers would be compiling their own "Rocking In WCW: The Best of Marty Jannetty" compilations, turning a massive profit. Vince's purchase was complete but abandoned his idea for a best of compilation featuring the former Rocker. To this day, only Vince owns the true master copy of Marty's glory days in WCW. Someday, if Vice becomes destitute, all he needs to do is pull the trigger on this DVD, and he'll be back in the high life again. 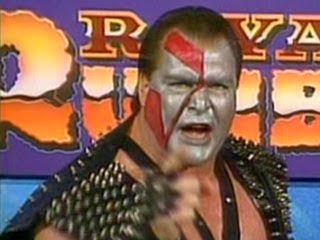 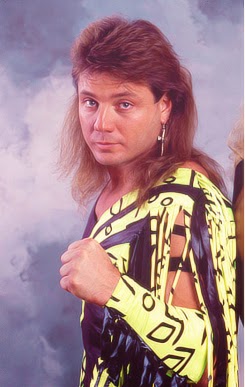 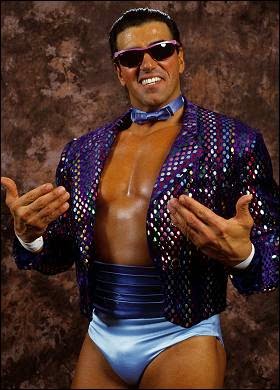 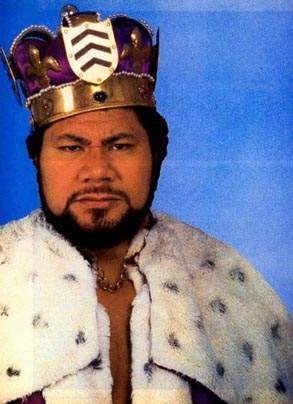 In 1997, The Montreal Screwjob took place after Bret Hart and Vince couldn't come to a solid agreement on how Bret would leave WWF for WCW. Bret pitched his ideas, Vince pitched his. None came to an agreement, and Vince robbed Bret of his dream scenario of leaving the company. While at this time D-Generation X lead by Shawn, was becoming the hottest group in wrestling and Vince had his own plans for a rival group lead by, you guessed it, Marty Jannetty! The group's concept was to be former tag team greats to come back and beat the new, hip team called "The Tag Backs" featuring Marty, Haku, Rick Martel and Demolition Ax were set to take on those young punks known as D-X. Their main gimmick would've been to spray paint their fallen opponents after their matches and then do a jig while pointing and laughing. But, after the Montreal Screwjob didn't go Vince's way, he decided to focus his energy on Stone Cold Steve Austin. A move that proved very profitable. But not as profitable as the idea of former tag greats dancing like hillbillies.

Finally, a mystery that could only be described as the most bizarre disappearance in wrestling history. From Wrestlemania 20 to Summerslam 2004, the World Heavyweight Title went missing. To this day, WWE hasn't commented on whether or not they lost the title or it was being redesigned, but Marty Jannetty is most likely the culprit.


Marty Jannetty is considered by all wrestling purists as the great star in the great business we call "pro wrestling". No bones about it. He never needed a world title to show off his amazing charisma and unique ability. No sir. The title of being Marty Jannetty was good enough. A true WWE Hall of Famer that would make even the late great Lou Thesz smile.