on June 20, 2013
In a recent entry over at Freddy In Space, my friend Johnny Boots listed his top ten items in his Monster Squad-Style Treehouse. Now I had a treehouse, more like backyard fort, but it was nothing compared to the boys of the Monster Squad! 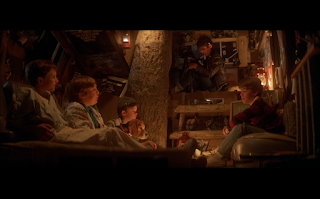 How many of you saw this movie and thought "man, I would've loved to have had a treehouse like theirs!"? Well, I'm gonna list off my top ten items that I'd love to have in my treehouse. Now, following the Monster Squad and Johnny will be a tough task, but I'm up for a good challenge! And while racking my brain and trying to limit my treehouse items to only ten items was difficult, it will be a mean mama jamma in the end. Warning, this isn't the kind of treehouse you'll bring your little sister too unless you're trying to scare her into tears. But, let's take a gander, shall we? 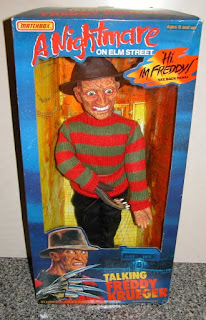 My holy grail as a Freddy Krueger collector. If I had this, it would obviously end up in my treehouse. It's just so darn cool. Matchbox knew what they were up to putting this bad boy out, but I don't think they were expecting the backlash of angry suburban moms throwing fits over Freddy staring down at them from the aisles of Toys R Us. Eventually, the pressure of having Freddy in the same aisles as other clean cut and family friendly toys such as Skeletor, Golobulous, The Joker and Vince McMahon was just too much, so this doll quickly left the shelves and went back to the boiler room. This remains a very popular item for collectors to this day and it's easy to see why. A great item to just goof off and have conversations with when your friends won't shut up about stupid stuff.

2.) Tales From the Crypt Book Set 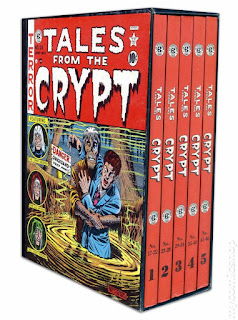 Ok, let's be fair. If this is my treehouse, there's going to be a time that I want to be left alone with my comic books and quite frankly, there's no greater horror comic book than Tales From the Crypt. And with all the stories collected into this beautiful package, it just makes sense! 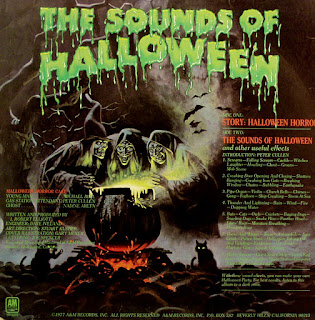 Sitting around reading Tales From the Crypt books is one thing, but add some of the Halloween Sounds to the mix and you're kicking it up a notch. Who didn't grow up with these cheesy/awesome collections playing in our house Halloween night? No one, that's who. This is a must. Especially on nice, cold, autumn nights while exchanging ghost stories with the rest of the crew! 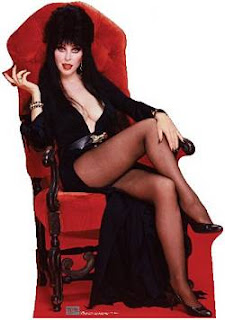 Horror's resident pinup girl. Cassandra Peterson has become a household name throughout the whole world being a ditzy and busty horror hostess with the mostess. Quite frankly, no horror fan male or female, hasn't had a crush on Elvira. She's pretty much the perfect woman! Sense of humor, knowledge of horror and a set of killer legs. She's a welcome guest in my room...uh...I mean my treehouse!

Hmm...that last sentence didn't work the way I wanted to. So much for not being pervy....uh...next item! 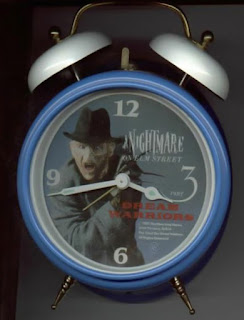 Hey, gotta know what time it is and with this promotional item for Elm Street 3 it's always horror-time! And why have not  Freddy staring down at you letting you know that it's time for bed! And to paraphrase Doc Brown "I figure, if you're gonna keep time, why not keep time in style!" and for us horror fans, you don't get more stylish than ol' Pizza Face! 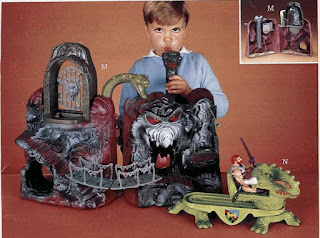 Growing up in the era I did (80s and early 90s) He-Man was king. Quite frankly, if you were a young boy during this time and didn't have a He-Man figure and playset, you were doomed to ridicule the rest of your life. The social stigma of not having that awesome toy as a child can stick with you until you start making your own money. Hence why so many adults buy stuff they didn't have as kids to overcompensate for lack of parents who weren't willing to mortgage the house for a playset that included a giant snake. Thanfuly, I had both must-have Masters of the Universe playsets. Castle Greyskull was great and all, it really was. But, Snake Mountain was always my favorite. Even if I had it second hand, there was something just so cool about the design. Between a microphone that you could speak into and scare your family pets to the trap door that would send Man-At-Arms to his whining doom to the awesome monster-ish face, this is the perfect toy to play with my friends in my treehouse! So, Johnny Boots, you bring the Ghostbusters House and we'll have a crossover battle battle between the Evil Forces of Skeletor and the Ghostbusters! 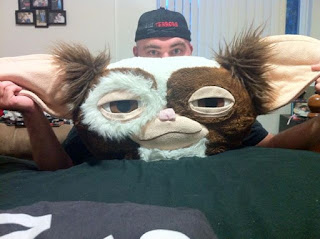 I posted about my awesome Gizmo pillow in an earlier entry. And it's become a very popular item in my house with guests. And why not! It's awesome and comfy at the same time! Beanbag chairs are great for a treehouse, but eventually they'll get a little uncomfortable after a while. Thankfuly, Gizmo will be there to soften the blow when the beanbag chairs start to lose shape. just don't spill any water on it...otherwise it'll...well...you'll see what happens next... 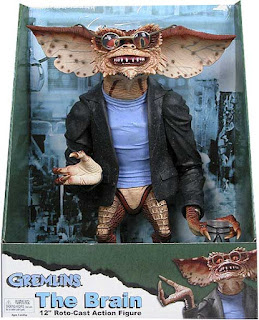 See what I did there? Clever, no? Ok, following the Gizmo pillow is a hard act, but the Brain Gremlin is up for the task. Gremlins 2 was my favorite of the two movies and as great as the entire cast was, Brain Gremlin really stole the show. He was perfectly played by Tony Randell who even lent his singing voice to the classic scene where all the Gremlins get together and sing "New York, New York"! As much as I love Spike, my favorite Gremlin was always Brain. And if Gizmo is going to be in the treehouse, I've gotta have a Gremlin to terrorize him. After all, it's all Gizmo's fault anyway! NECA really hit it out of the park when they released the sophisticated Gremlin. A perfect sculpt, pose and the formula that he drank lending to his ultra intelligence are included as well. If my Monster Squad was to have a mascot, I'd have to give the honor to Brain. 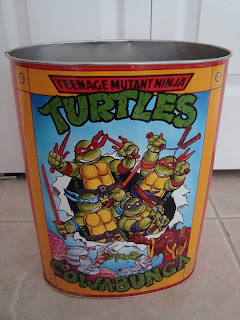 Look, I can be a messy guy, but you've gotta have some order going on in such a tiny space. And since I can't find a horror themed trash can, I have to go with this.  I had this trash can as a child for my bedroom and I loved it. I believe there were a couple of these oval-shaped trashcans with various art, but this was the best of the lot. The artwork pops though. I love it! Look at those Turtles just busting through what seems to be a paper-thin wall and annoys Shredder while he spills a can of guacamole as Splinter practices his love of Hulk Hogan in that snappy red and yellow ensemble, brother. While not horror, you'd be hard pressed to find anyone who doesn't like the heroes in green and would pass this one up. 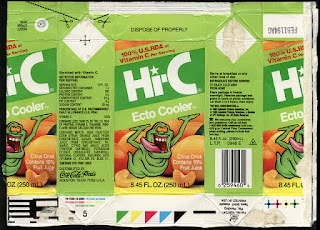 Simply put, it's the drink of my generation. Before we were old enough to even know what alcohol was, we were all addicted to this drink. Whether you liked Ghostbusters or not, it didn't matter. This was put in all of our lunchboxes and we loved it. The memorable taste of tangerine-ish fruit punch sticks with you the rest of your life. And quite frankly, if I could, I'd stock up a mini cooler with these every day for the rest of my life and carry it with me everywhere. So if I'm to stock up my treehouse mini-fridge, you can bet this will be the number one drink in my treehouse of glory.


...or is that treehouse of gory? Eh, at this point, who knows. Don't judge though! Puns are always welcome in my treehouse!


It's very obvious my treehouse would be decorated heavily by movies and toys of my youth. But I wouldn't want it any other way. Besides, in my mind, my buddies and I would spend more time talking about Freddy's latest kills and Jason's latest exploits and watching more of that Linnea Quigley Workout Video in slow motion...

There I go again. I just sound more and more pervy. maybe it's best to wrap up this entry...