on October 10, 2011
The world of horror movies is a very odd one, wouldn't you say? We actually look forward to seeing villains chase after and make innocent people their victims. I guess that says something about us, but all I know is some characters are just too memorable to forget and not like. Some are so charismatic and so memorable we can't help but love them. And the subject of the "Hell Of Fame"(or should that be "Heaven Of Fame"?) is honor of the all time greatest actors to portray a  villain in horror movie history. Mr. David Hess, whom was sadly taken away from us this past Friday, October 7th 2011 at the age of 69 due to a heart attack. 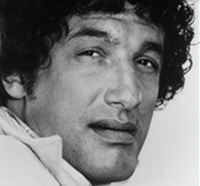 Mr. Hess portrayed the character of "Krug" in one of the most controversial horror movies of all time, Wes Craven's stunning low budget masterpiece, "Last House On the Left" in 1972. In it, Mr. Hess portrayed the leader of a group of 4 degenerates that were set out to kill and main everything and everyone in their path, including two young and innocent teenage girls on their way to a concert. Why? Because he could. Krug didn't care and had absolutely no shame in humiliating and harming whomever he wished. A highlight of his disgusting behavior is a famous scene where he tells one of the young women to "PISS YOUR PANTS". Out of pure fear, she does. He even tells one of his compatriots to "BLOW YOUR BRAINS OUT", which, as Krug closes his eyes, the young rebel does just that. 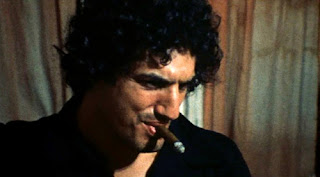 Aside from acting, Mr. Hess also composed music. In fact the soundtrack for Last House was sung by Krug himself. Another interesting sidenote is Mr. Hess also co-wrote the "electric-rock opera" known as the Naked Carmen with Mr. John Corigliano, which also gained the two a Grammy Award!

Krug was one of the most disgusting, sadistic and dangerous characters in the history of not just horror, but cinema in general. The irony there is David Hess was one of the nicest men you could ever meet. I got to meet Mr. Hess at Horrorfind Weekend in 2010 where we discussed his role of Krug. I told him one of my favorite parts of the movie was when a young girl was begging to be let go and asking if her friend got away. Krug stares down at the young innocent and silently shakes his head with a look so menacing it would make anyone cry in fear. David even re-enacted it for me as I was telling him and told me "Sometimes thew best acting is not saying anything at all." A very profound point. And to top it off, he even signed my dvd "To Chad-PISS YOUR PANTS,! David Hess". 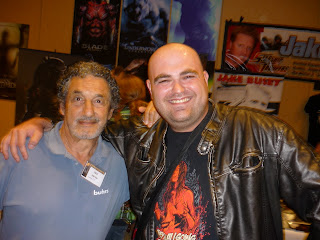 It seems that David Hess' legacy as Krug will live on forever, which is fantastic. For a man so talented, so outrageous on screen, he deserves it. Mr. Hess will be missed by us all. 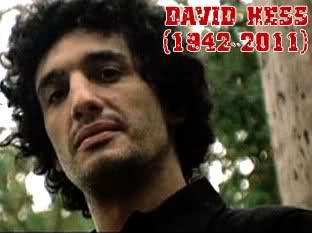